The Virginia Cavaliers are the national champions of college basketball, as much as it pains me to say it. 353 teams were cut down to 68, 64, 32, 16, eight, four, and two, and the one team we were left with was the one from the University of Virginia in Charlottesville.

Which means I owe the Cavs an apology.

That’s not how an apology normally starts, is it? Let me try again.

I have a great appreciation for a number of Virginia players from recent years. Sylven Landesberg, Mike Scott, Joe Harris, Mustapha Farrakhan, Malcolm Brogdon, Akil Mitchell, Justin Anderson, Darion Atkins, Anthony Gill, Isaiah Wilkins, London Perrantes, Ty Jerome, Kyle Guy, De’Andre Hunter, and Braxton Key have all been key players for Virginia during the Tony Bennett era. They were/are all great college players and many of them have gone on to have productive careers in the NBA or over in Europe. That’s a longer list than you’d be able to say about most colleges. But I cannot stand Tony Bennett’s style of basketball.

I’ll be the first to admit I endorsed the idea of punishing Virginia by revoking their statehood during the 20 minutes when it looked like they were going to lose to Gardner-Webb.

It’s a terrible idea to overreact to one basketball game but if Virginia loses to a No. 16 seed again they should shut down the program, close the campus and lose statehood.

I haven’t changed my mind about that either. If they’d lost, their state would have to fend for itself.

Luckily for them, Hunter and Mamadi Diakite came through and they escaped the wrath of the dog from Tom and Jerry. 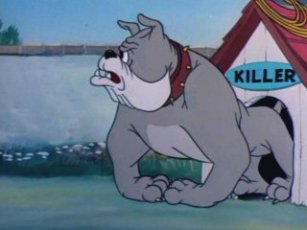 So they’re still a state, I guess.

But I was wrong about something.

“God help us if Purdue doesn’t win this one.” That was the beginning of my commentary on the Purdue – Virginia Elite Eight matchup. Since then, Virginia won two of the most iconic games of the tournament and completed the best March Madness storyline from a champion for the last five years.

I was dead wrong. For whatever reason, I assumed that the presence of a team that has managed to dominate entirely through conservative, efficient, smart, fundamental play – a team that’s poor at forcing mistakes, doesn’t get to the line very often, refuses to shoot too many threes despite being great at them, and has the literal lowest pace in all of college basketball – would make games less entertaining to watch. Silly me.

What I forgot to take into account is that March Madness is perfection. March Madness is the embodiment of parity and of entropy all at once. Of course the only logical result was for the team that was widely seen as the biggest embarrassment in sports and a disgrace to the ACC this time last year after becoming the first ever 1 seed to be toppled by a 16 seed in the Round of 64 to trick us all into thinking it was going to happen again and then go on to win it all. And of course, they had to do it while being one of the most exciting tournament teams we’ve seen in years despite the fact that they’re the personification of going into Legacy Mode on College Hoops 2K8 and turning the tempo slider down to zero.

One thing you can count on is I’ll absolutely get mad at this team next year as well for all the exact same things I did this year. I’m sure I’ll deem them boring and unwatchable at some point, at least in private. But as much as I hate the approach they take to the game, they’re the reason I love college basketball.