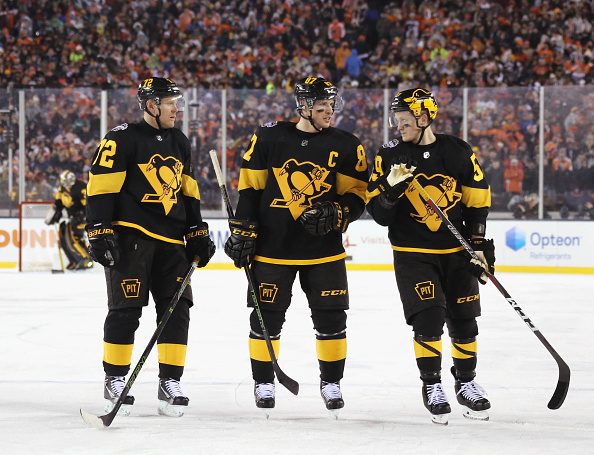 82 games have gone and past and the Pittsburgh Penguins are in the Stanley Cup playoffs. With a record of 44-26-12 and a total of 100 points, they are set to face the New York Islanders in the first round of the playoffs.

The Penguins have been one of the most enigmatic teams in the league. Although they have 100 points on the season, it seems like they had a disappointing year. They played down to teams that didn’t make the playoffs. The most significant one was against the Devils against whom they had a 1-3 record this season. Like most Pittsburgh teams they played incredible against opponents that were set to make the playoffs. The most significant was against the Capitals this year posting a 3-1 record.

Some of the bad things that happened throughout the season were the broken leg of Justin Schultz along with the multiple injuries of Kris Letang and Matt Murray, although Casey DeSmith filled in admirably with a 15-11-5 record and a 2.75 GAA. Finishing 3rd in the Metro Division, it left the fans wanting more considering the Islanders finished with 103 points and the Capitals finished with 104. It’s safe to say the Penguins have kept pace in the final months of the season.

Now that the Penguins are set to face the Islanders I would say this is the best case scenario for them after posting a 2-1-1 record against them over the season. The Penguins seemed to handle their Division fairly well posting an overall record on the season with a 15-8-5 record. When it comes to the Islanders, the Penguins have scored 13 goals in 4 games while allowing 12, one of which was in a shoot-out loss.

Overall the Penguins were a very streaky team and needed to show more consistency. Down the last 10 games of the season, the Penguins posted a 5-5 record and struggled to get the puck in the back of the net. The good news in all of this is Matt Murray has played lights out but couldn’t get any scoring support. If they can start scoring with regularity and Matt Murray continues his dominance, I don’t see why they can’t go deep into the playoffs.