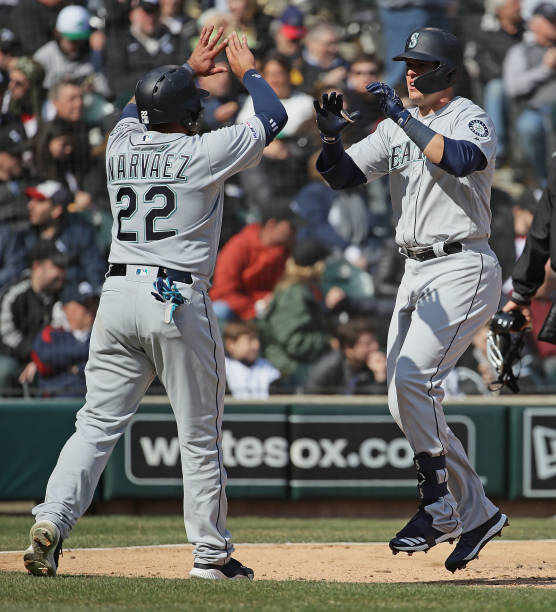 We’ve been very lucky weather wise so far (knock on wood) and it looks like we will be again on Tuesday night. That paves the way for the nice 10-game slate of games. Let’s take a look at some players in good spots tonight.

In two starts he hasn’t given up a run and has logged 13 innings striking out 24 batters. That’s an average of 12 strikeouts per game. Don’t expect that trend to continue, but the Twins will be traveling to New York to face the Mets without the luxury of a DH. Pitching at home against a team that can strikeout a bit and has the lowest implied team run total, I like deGrom’s chances to turn in a good outing.

There are better pitchers on this slate than Holland, but finding a cheap one to pair with deGrom allowing you to fit in some bats is an obstacle today. Holland is certainly not guaranteed the win going up against the Padres Joey Lucchesi. That’s fine. He’s pitching in a good pitchers park and is getting a decent amount of strikeouts so far. The projected Padres lineup has struck out over 23% of the time against lefties. We don’t need the guaranteed win if he can get some K’s and hold the Padres in check.

We need to save salary at another position other than pitcher tonight and at $3.4K on Draftkings Narvaez seems like another logical option. He’s hit safely in three straight games and will be going against Royals pitcher Jakob Junis. Junis hasn’t been terrible but allowed a 43% hard contact to left-handed batters last year. As mentioned yesterday, Narvaez hits righties well. The Mariners have been swinging it well as a whole and Narvaez could reap the benefits of being in the middle of a good lineup tonight.

Marte has started the season hitting well and will be facing Mike Minor, a guy who throws a lot of fastballs to right-handed batters. Marte can certainly hit the fastball and hit .321 versus lefties with a .263 ISO and 157 wRC+ in 2018. He already has three home runs this year and two of those came against a lefty.

He will hit his first home run of the season soon and I’m not missing it when he does. He’s facing a left-handed pitcher at Coors Field and Arenado is a great hitter. We really don’t need many more reasons. Fade him at your own risk.

Trey Mancini has quietly been raking to start the season. After Monday’s game, he has reached base in each of the first 10 games and is slashing .385/432/821 with 5 home runs. Brett Anderson is not typically someone I pick on, he is a decent pitcher that doesn’t give up a ton of home runs, but I like Mancini hitting third in the Baltimore order. Camden Yards can definitely help Anderson increase his home runs allowed number.

Depending on the lineup and who is starting for the Padres is who I’ll roll with. Urias is $3.2K and Kinsler is $3.7K on Draftkings. Urias has boatloads of potential and Kinsler has always hit lefties well with a career 295 average and 367 wOBA against them. Whichever one is in the lineup will likely be hitting towards the top of the order, which is why I really like either one.

This is obviously a GPP play, but Cabrera has a pretty good sample size against Greinke. In 37 at-bats he has 16 hits, batting .432 against him. A veteran hitter like Cabrera can sometimes be overlooked in a lineup that has Joey Gallo in it. If he’s the guy they pitch to, it could be a good day for Cabrera.

Fried was actually really good in his last start against the Cubs, which means people might be tempted to not use as many Colorado bats as they should. Coors Field is still Coors Field and Fried is still very raw. I expect Colorado to dust him up a little bit.

Oakland has hitters that can mash left-handed pitching. This game has the second highest over/under on the slate and John Means is making his first start. Davis, Piscotty, Canha, and the bunch are probably licking their chops to get some swings in tonight.

The Dark Knight days are over for Matt Harvey. He’s become a very hittable pitcher. Last time out, he lasted just 4 innings, gave up 10 hits, and 8 earned runs, including 2 home runs. Yelich and the Brewers have been swinging it well, and Yelich is 10 for 27 with a home run against Harvey.

Baseball is all about streaks. The way the Dodgers are hitting to start the year, combined with how bad Hudson looked in his first start, pushes me in this direction.

Joe Ricotta has been playing fantasy sports for a little over 10 years. Ricotta began playing daily fantasy shortly after its inception. He has taken down a few large field tournaments and regularly cashes in his head to head matchups. This is not to say that he always will, but he always has a reason behind his lineup constructions. Fanduel pricing has been included but for all intents and purposes, the article was based on DraftKings research. The main slate of games beginning at 7:05 EST were the ones addressed. Recheck starting lineups and weather prior to the games and make adjustments accordingly.