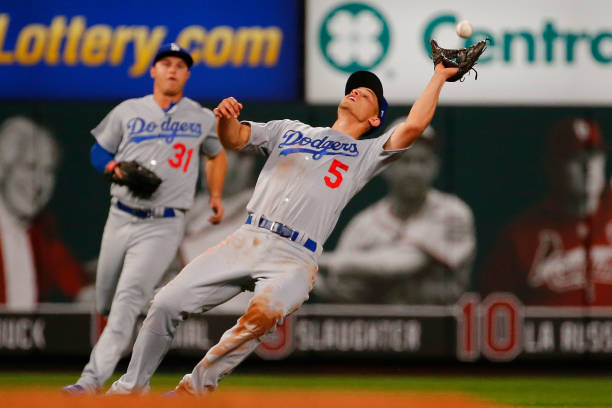 The Los Angeles Dodgers swept the Colorado Rockies over the weekend, as I predicted they would. The St. Louis Cardinals lost two of their three games against the San Diego Padres. The Dodgers have a record of 8-2 now, the Cardinals have a record of 4-5.

For the Dodgers, Cody Bellinger has been in MVP form from Opening Day, on. Bellinger has had 44 at-bats, 20 hits, 7 home runs, 18 runs batted in, 17 runs, 1 stolen base, batting at .455%. The Dodgers starting pitchers, keep in mind, that is excluding ace Clayton Kershaw and Rich Hill, have an ERA of 3.47. The Dodgers bullpen has been a problem so far this season. The bullpen has an ERA of 5.8. But, help is on the way. Once Kershaw and Hill return, the bullpen will get stronger with the addition of Julio Urias and Ross Stripling. I personally think Kenta Maeda should be a relief pitcher and Urias remains a starting pitcher. Maeda dominates as a relief pitcher and Urias will find his groove as a starter sooner rather than later.

The first game will feature Hyun-Jin Ryu vs. Miles Mikolas. Ryu has been impressive in his first two starts for LA, going 2-0 with an ERA of 2.08. In the first two games for Mikolas, he is 0-1, with a 7.20 ERA. I think Cody Bellinger will continue his fast start, Ryu will be able to dominate tonight and the Dodgers will win this game.

The second game will feature Ross Stripling vs. Dakota Hudson. Stripling has appeared in two games, with a record of 0-0 still, and an ERA of 2.31. Hudson has appeared in two games as well, going 0-1 with an ERA of 5.40. I think this will be the game Justin Turner hits his first home-run of the season after getting the day off on Monday night. This will be a bullpen game for the Dodgers so this could be the game that the Cardinals win. However, I think the Dodgers bats will stay hot, and the Dodgers will win this game.

The fourth game will feature Walker Buehler vs. Michael Wacha. Buehler hasn’t looked as dominating as last season, at least yet. I think it will change this game. Buehler has appeared in two games, he has a record of 1-0, with an ERA of 6.75. Wacha has also appeared in two games and has an impressive ERA of 1.54. If the Dodgers are able to get off to a fast start, they will make the Cardinals bullpen work, and win the game. If the Dodgers don’t get off to a fast start, or Buehler struggles, the Cardinals will win this game.

I think it is possible for the Dodgers to sweep the Cardinals, but they will take 3 out of 4 games in St. Louis. The Cardinals have been off to a slow start and the Dodgers just opposite of that. Once the bullpen is in full tact, and Justin Turner breaks out of his slump, this is going to a very difficult team to defeat.