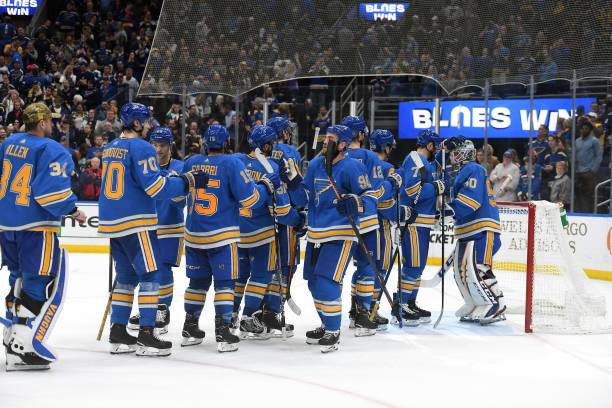 The Blues came into the year expecting to compete for a playoff spot. With new acquisitions Ryan O’Reilly, David Perron, and Pat Maroon to reinforce the front lines, St. Louis looked to return to the playoffs following a one-year hiatus from the big dance.

Despite high expectations, the Blues started the season flat. They were hovering around the basement of the NHL for the first four months, punctuated by the firing of head coach Mike Yeo. Under interim head coach Craig Berube, St. Louis continued to struggle.

By mid-January, they were dead last in the NHL and hadn’t won more than two games in a row until that point. Trade talks were swirling around many players including franchise cornerstone Vladimir Tarasenko and young defensive stalwart Colton Parayko.

The trade talks continued to pursue the Blues right up to the trade deadline; the losing did not. The Blues caught fire, winning 30 of their last 45 games to become just the third team to be last in the league after New Year’s Day and come back to make the playoffs.

The Blues didn’t play consecutive home games from mid-January to mid-March, but that didn’t slow them down. With an influx of road games, the team bonded together and saved their season with an 11-game winning streak.

The key to their success? Netminder Jordan Binnington.

Since Binnington’s debut on Jan. 7, he has posted sterling numbers. A 24-5-1 record, with a 1.89 GAA and a .927 save percentage is good enough to catapult him over Jake Allen for the starter’s job heading into the playoffs.

Binnington’s performance was the catalyst for the Blues’ turnaround along with the trade talk. St. Louis went on a tear under Berube, finally showing the structure that they lacked early in the year under Yeo. GM Doug Armstrong said that while he never came close to a deal with any teams regarding his assets, but the rumors were enough to motivate his team.

The Blues finished the season with an 8-1-1 record in their last ten games, including wins over playoff teams such as the Vegas Golden Knights, Colorado Avalanche, and Tampa Bay Lightning.

The Blues finished the season with a middling offense at best. Their best goal scorer was Tarasenko with 33, and O’Reilly led the team in points with 76. They finished 15th in goals while ending top-five in goals against. Blues captain Alex Pietrangelo led the team with over 24 minutes of ice team per night, almost a minute and a half more than the next-closest, Parayko.

The Blues played earlier in the day on the last day of the regular season, and actually had the lead in the Central before the Nashville and Winnipeg games went final. A remarkable turnaround for the Blues earned them a date with Winnipeg in the first round. Finishing third in the Central with 99 points, St. Louis had the same amount of points as the Jets, but the Jets hold the edge in the season series 3-1. Connor Hellebuyck struggled this season for the Jets, and the Blues should look to take advantage of a Winnipeg team that gave up the most goals in the year.

What was once a lost season has turned around into a Cinderella story. The Blues are looking to advance to the second round of the playoffs for the third time in the last four seasons, led by a mix of their new acquisitions, an interim coach, and an up-and-coming goalie.