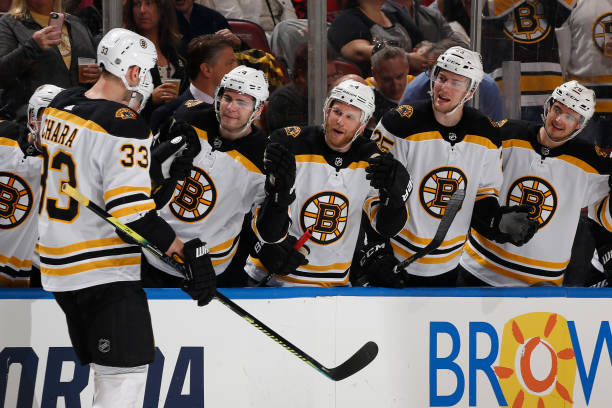 Much like last season, the Boston Bruins started the season with a multitude of question marks. After losing Riley Nash, Rick Nash, Anton Khudobin, Nick Holden, and Tim Schaller in the offseason, the Bruins replaced them with Joakim Nordstrom, Jaroslav Halak, Chris Wagner, and John Moore. This meant that not only would young players be expected to pick up the slack; veterans would also have to carry the load at times this season.

The Bruins started out slow because of poor goalie play. Tuukka Rask struggled mightily out of the gate, and like last season, head coach Bruce Cassidy was forced to bench him in favor of the backup. Bruin backups struggled mightily in 2016, but improved last season to carry the B’s later. Halak had starting experience but was still a question mark. He did everything he needed to and then some.

Halak led all goalies early on in both goals against average and save percentage. He single-handedly kept the Bruins in the Atlantic race until Rask slowly returned to form following a weekend absence from the team.

Once Rask began to heat up, the Bruins took off. They were already too far behind the Tampa Bay Lightning to catch up, but they were locked in dogfights with Atlantic Division rivals in Toronto, Montreal, and Buffalo.

The Bruins went on a run from December into January, highlighted by a Winter Classic win in Notre Dame Stadium against the Chicago Blackhawks. They saved their best for February into March, however. A 19-game point streak put them into second place in the Atlantic for good, with wins over the Sharks and Lightning along the way. They also had several dramatic come from behind wins over Ottawa and Florida towards the end of that streak.

Rask went without a regulation loss for over two months. While Halak struggled throughout the rest of the year, Rask returned to perhaps the best form Bruins fans have seen since 2013.

Once again though, the story of this year’s Bruins team was like last year: injuries. Zdeno Chara, Patrice Bergeron, David Pastrnak, Sean Kuraly, Marcus Johansson, Jake DeBrusk, and others have all missed extended time. Ironically, David Krejci, often known for getting hurt, played in 81 games this season.

The Bruins had three 30 goal scorers, and shocking, it was the entire lethal top line. David Pastrnak led the team with 38, with Brad Marchand and Patrice Bergeron tallying 36 and 32 respectively.

Marchand also eclipsed the 100 point mark, becoming the fifth Bruin ever and the first since Joe Thornton to accomplish the feat.

While the Bruins finished with 107 points, tied for second overall in the NHL, the Lightning blew past the Bruins before they could even get out of the gate. Thus, the B’s find themselves once again matched up against their bitter rival, the Toronto Maple Leafs. The Bruins will once again have home ice, but even if they are able to get back the Leafs, the Bolts wait in the second round.

The Bruins have had a great couple of seasons under Bruce Cassidy, but it looks as if the playoff format might do them in yet again and prevent them from going to their first Conference Final since 2013.