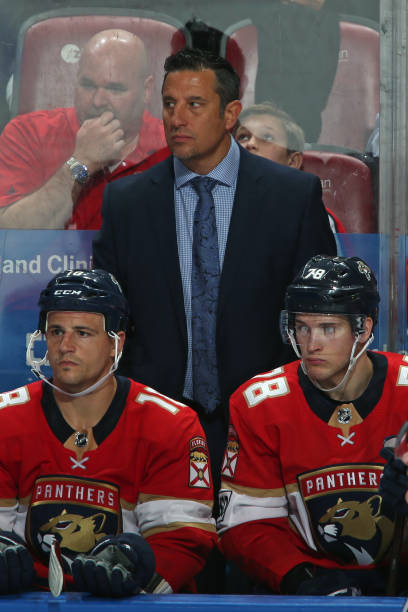 The Florida Panthers are looking to the future today as the team announced this morning that they have fired head coach Bob Boughner after two seasons. Boughner leaves the Panthers organization with a record of 79-62-22. In the two seasons under Boughner, the Panthers did not reach the Stanley Cup Playoffs.

This season, the Panthers once again did finish with a winning record of 36-32-14, but couldn’t find their way into the playoffs, which played a massive role in this decision. In a statement released by the team, general manager Dale Tallon said in part, “We didn’t meet expectations this season and share responsibility for that fact. After careful evaluation, we have determined that this is a necessary first step for our young team and we will seek to identify a transformative, experienced head coach with Stanley Cup pedigree to lead our team going forward”. However, it seems that the search may not take too long as according to Darren Dreger, the Panthers could announce the legendary Joel Quenneville as their new head coach as early as tomorrow. Quenneville certainly fits the criteria that Tallon says in that statement of an experienced, transformative coach with three Stanley Cups during his incredible run with the Chicago Blackhawks. But for now, it is only speculation as to who will lead the Florida Panthers into this offseason and beyond.