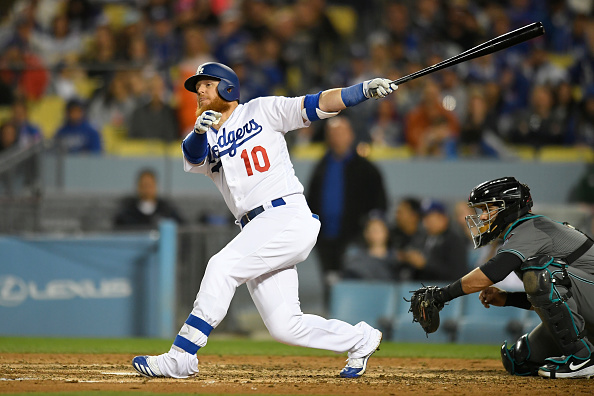 An all-day slate of 12 games is on the docket for DraftKings today with a few afternoon games sprinkled in so make sure to get your lineups in before lock. My targeted games today are as follows: Dodgers/Rockies at Coors, the Cards hosting the Padres, and the Astros at home to the Athletics. Let’s go Around the Horn!

McHugh pilled up nine K’s in his first start for the Stros in just five innings of work against the Rays. He will look to continue his solid outing into this one versus the Oakland A’s. Lifetime active players currently on the roster are hitting just .212 in 85 at-bats.

Turner and the Dodgers have started the season off very strongly with the bats leading the league in dingers with 18 and are also hitting a very solid .289. A trip to Coors Field can only help them, and as for Turner, facing Tyler Anderson looks to be an advantageous spot as well. He has a slash line of .464/.500/.679 in 32 plate appearances against the lefty.

Hernandez has been hitting at the top of the order for the Dodgers against lefties and the production has been top notch. To date, Hernandez is averaging 14.5 DK pts per contest in six games this season and has two homers in just 31 plate appearances versus Anderson.

Catcher is obviously the most difficult position to fill as there are just less elite performers to choose from. At $3,900 Iannetta seems like a good play up against Kenta Maeda. Lifetime, Iannetta is 5-14 with two homers. Make sure that Iannetta is starting as lefty back up catcher Tony Wolters could get the nod versus Maeda.

Houston hitters are bound to go off at some point this season as there is just too much talent on the roster. Previously matched up against A’s starter Frankie Montas, they are hitting.375 with a .932 OPS in 40 at-bats. The smooth-hitting Brantley is off to a slow start but is as good of an option than almost any other Astros outfielder.

Ozuna and the Cards will be up against lefty starting pitcher Nick Margevicius. Ozuna is hitting in the middle of a very good Cards lineup lead by Paul Goldschmidt. Ozuna has a hit in four out of five games so far. At $4,200 Ozuna should be affordable, something to monitor with Ozuna is what is thought to be a minor injury