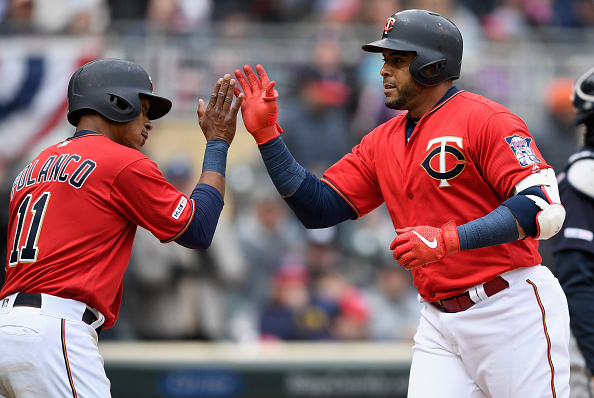 Aaron Nola – The Washington Nationals just lost Trea Turner to a broken finger. While Nola’s control wasn’t impeccable giving up five free passes in his first game of the season, he only gave up a run and had eight punchouts. Juan Soto, Matt Adams, and Adam Eaton are a combined 2-33 in their careers vs. Nola. The Phillies are still undefeated so let’s ride this hot start.

Marco Estrada – Again riding the hot hand, Oakland has shutout the Boston Red Sox since they came to town. Estrada always pitches to soft contact and he’s now in a pitcher’s park with great defense behind him. Betts and Bogaerts are a combined 9-60 against Estrada in their careers.

Gerrit Cole – Loving this matchup. Wind should be blowing in from RF which neutralizes the Texas Rangers left-handed hitters’ power. Cole started the season with six innings of no walks and 10 Ks. As an added bonus the lefties for the Rangers in Odor, Gallo, and Mazara are a combined 3-29 with 3 walks and 18 Ks vs. Cole.

Pittsburgh Pirates – While Miles Mikolas didn’t give up a HR to the Pirates last year, he did get hit around a bit. Frazier, Cervelli, Dickerson, and Bell combined for 18-51 with only 8 Ks against him. Most players in the Pirates lineup are cheap so to pay up for some pitching or a few other studs in your lineup, stacking the Pirates could have added benefits.

Miami Marlins – I know what you’re thinking. How do I stack against the reigning CY Young Award winner? I have one word: Contrarian. If you are playing a tournament, these players will be lightly owned because they are facing Jacob deGrom. But when you look at the numbers it’s not too crazy. The Marlins have guys who are looking to prove themselves and have started the season respectably. Anderson, Alfaro, and Castro are a combined 12-32 vs. deGrom and have a 3/4 BB/K ratio.

Minnesota Twins – The Twins have the pleasure of facing Homer Bailey today. In case you didn’t know, Bailey is a hot mess. Last year he had a 6.09 ERA and gave up 23 HRs in 106.1 IP along with a 1.636 WHIP. He will be the gift that keeps on giving to a potent Twins lineup so mix and match a few guys in there to give yourself some salary flexibility.

Bryce Harper – He’s killing it right now. After Max got him swinging in the first inning, Bryce settled down. He is back to hitting moonshots and is facing Anibal Sanchez who he is 4-14 against with 3 XBH and a 3/3 BB/K rate.

Jose Abreu – Another guy where you may say, “He’s facing an ace (Kluber)”. He has a long enough track record against the Klubot and he’s been successful. The White Sox first baseman is 16-50 with five HRs against Kluber in his career.

DJ LeMahieu – Ride the hot hand. He’s 6 for 12 on the young season with three walks. He is facing lefty Matthew Boyd and slashes .315/.369/.447 vs. lefties in his career. On the other side, Boyd has a career 7.36 ERA vs. the New York Yankees. The wind will also be blowing out to RF at about 20 mph for the game so grabbing a share or two of a couple of other Yankees might not be a bad idea.