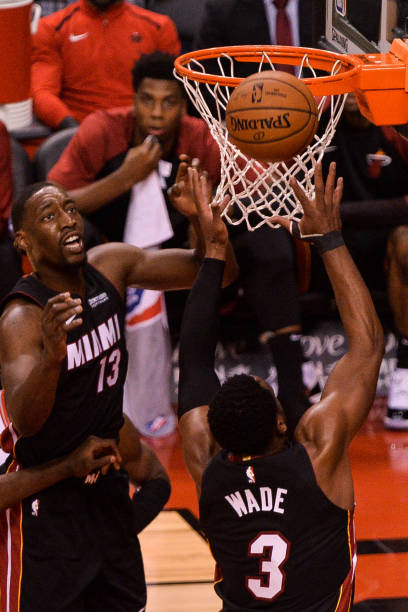 Here are my four takeaways from the Miami Heat‘s 110-105 loss to the Boston Celtics on Monday.

This game could’ve ended ugly. The Celtics went on a 20-4 run to start the game and led 36-17 after the first period. At one point, the Heat were down 20 points. Just like Saturday night in New York, the Heat brought themselves back into the game and cut the deficit to 12 by halftime.  They even cut the lead down to three late in the fourth quarter.

The squad rallied from a big deficit to cut it to within a possession late thanks to a strong effort from #TheDragon.

However, the Celtics made more plays in the end. Goran Dragic led the team in scoring with a game-high 30 points and Bam Adebayo closed with a 19 point, 14 rebound double-double.

The Heat were already without Justise Winslow, Rodney McGruder, and Josh Richardson. Around Halftime, they learned that Derrick Jones Jr. would not be available with a right knee injury. Jones, who had been starting for Winslow, was replaced by James Johnson in the second half.

If Jones has to miss additional time, and the other three sidelined players don’t return, then James Johnson and Duncan Robinson would have to play more minutes.  Or, with two roster spots open, the Heat could sign a free agent.

With five games remaining, the East race for the final three spots continues. With this being Dwyane Wade‘s last season, the Heat hope they can give him one last playoff run.

When the Heat signed Kelly Olynyk back in 2017, they placed a $1 million incentive on his new deal.  To meet the incentive, Olynyk had to reach the 1,700 minutes mark this season. And, with 33 minutes played on Wednesday, Kelly Olynyk got $1 million richer.

As a result, the Heat will now become a tax team, playoffs or not. Prior to the all-star break, there was speculation that the Heat would try to limit Olynyk’s minutes to avoid the tax. However, with Olynyk being vital to the Heat’s playoff quest, his minutes increased instead.

Next up: The Celtics and Heat rematch in Miami on Wednesday night. Game tips off at 7:30PMET.