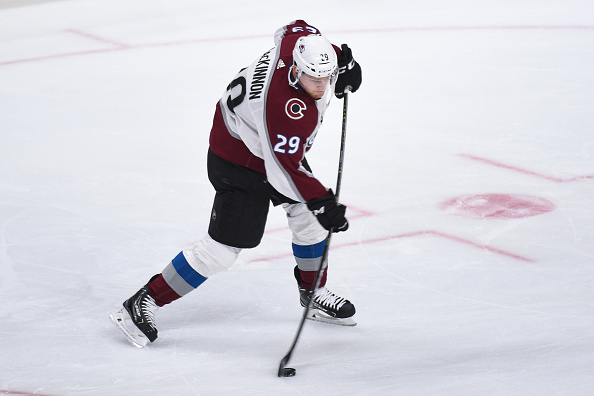 10 games on the slate for your Tuesday evening puck. Teams are still vying for playoff spots and division titles so the urgency to grab as many wins in only a handful of games is a driving force for many clubs. My targeted games are as follows: Colorado Avalanche hosting Edmonton, the surprisingly much better Detroit Red Wings at home to Pittsburgh, San Jose at Vancouver and Columbus versus the Bruins.

Colorado is really making a solid push towards a playoff birth. they have just a single regulation time loss in their previous nine games. Even though this game will be the second of a back-to-back after a narrow one-goal defeat to the Blues, the Avs are a clear favorite to the inconsistent Edmonton Oilers at home. MacKinnon is the clear go-to on the roster with Mikko Rantanen still on the shelf with an injury. He has five points, 19 shots and is averaging over 22 minutes of ice per game in his last five games.

All the sudden the Red Wings are world beaters. They are winners of five straight games and are 7-3 in their last 10. Nothing wrong with inserting a few Wing players in your lineups at discounted prices. Dylan Larkin has three straight multi-point games and has amassed five goals, three assists, 26 shots in his last five contests. In the only other game against the Penguins this season, Larkin put together a solid outing, good for 6 DK pts.

The San Jose Sharks are in a bit of a free fall recently with just a single victory in their last nine games. Tomas Hertl has continued his solid season though with six points in the last five games. He is also riding a four-game point streak. The Sharks will no doubt break out of this slump, they will look to get things right against the mediocre Vancouver Canucks.

Barrie continues his great season as he approaches his career-best 57 points from last season. He enters Tuesday’s game just one point shy of the mark. Barrie, in two games versus the Oilers, has three points and is averaging 5.8 DK pts per game.

There is perhaps no hotter line in hockey right now, Bertuzzi, Larkin, and Mantha are lighting it up. They combined for 10 points last time out against the Bruins. Bertuzzi at $3,900 is a steal. He has 10 points in his last five games.

Columbus seems to be finally putting it all together at the right time. They have gone 6-2-1 over their last nine contests scoring 31 goals while only allowing 14. The Bruins will be a tough test, but the Jackets have more to play for and are fighting for their lives to get into the big dance that is the NHL Playoffs. Bjorkstrom has got the goal scoring bug of late, five goals and a team-leading 25 shots over the last five Jacket games.