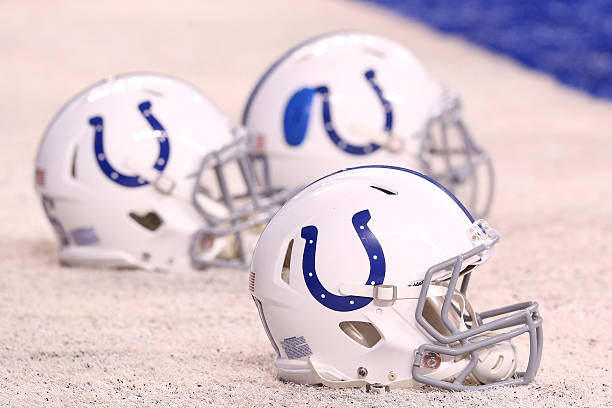 The 2019 NFL draft is less than a month away and teams are putting the finishing touches on their player evaluations. Every year we see several surprising picks that come out of nowhere like when the Seattle Seahawks drafted Rashaad Penny in the first last year. Everyone loves mock drafts so here is a seven round mock draft predicting every Indianapolis Colts’ pick. To help with this mock draft, I used the fanspeak.com/ontheclock/ simulator.

General manager Chris Ballard likes to build up his team along the offensive and defensive lines. Last year he spent four of his top five picks on offensive or defensive linemen. I expect that trend to continue this year. The Colts did re-sign Margus Hunt earlier this offseason and Denico Autry is under contract for the next two seasons but the depth behind them is underwhelming. Wilkins was a three-year starter, two-time team captain and will bring a lot of intangibles that Ballard loves.

Wilkins is a hard-working, no-nonsense kind of player. He provides versatility on defense and has some experience on special teams. In his three years as a starter, Wilkins had nine or more tackles for loss in each season. He also had back-to-back seasons with five or more sacks as a junior and senior. As a junior, Wilkins volunteered to be Deon Cain‘s roommate to help guide the wide receiver after he failed a drug test that put his Clemson career at risk. His level of character and leadership is second to none in this draft class.

If anyone screams process in this draft, it's Christian Wilkins.

This picks come from the Jets as part of the Sam Darnold trade from last year’s draft. A year later, Ballard turned the third pick in the 2018 draft (Darnold) into two All-Pro players (Quenton Nelson and Darius Leonard), a full-time starter (Braden Smith) and now the 34th overall pick this year. Needless to say, he did a great job with this trade. While some may think the Colts don’t need another edge rusher, the truth is you can never have too many good pass rushers.

After adding Justin Houston to go along with Jabaal Sheard and the two second-round picks from last year’s draft (Kemoko Turay and Tyquan Lewis), the Colts have four good pass rushers. However, there are a few questions with this group. Houston has struggled with injuries the past few seasons and hasn’t played a full 16 game slate since 2014, while Sheard will be a free agent after the 2019 season. Omenihu’s 9.5 sacks from last season had him in the top 25 of the country and he is very much in play with this pick for the Colts.

I touched on this during my co-written three-round mock draft as the Colts can’t expect Devin Funchess to be their number two wide receiver next season. Towards the end of last season, Funchess was seeing fewer snaps and after having a career year in 2017 he regressed to his norm in 2018. While signing Funchess improves the depth at wide receiver, the Colts need to add a difference-maker to take pressure off of T.Y. Hilton and Eric Ebron.

Adding a receiver to complement the size and athleticism of Funchess and Ebron while also complementing Hilton’s speed will be a little tricky. However, the perfect receiver would be Samuel. His playmaking ability, toughness and excellent route running make him a lock for a top 60 selection. The Colts averaged 25.9 points per game last season, imagine how much more they will score this year after adding Funchess and Samuel.

Deebo Samuel is one of the best route runners in this draft class.

Very hard to create any separation on a hitch vs trail tech. pic.twitter.com/zH80tRZfqK

Four of the five starting offensive linemen are under contract through at least the 2020 season, the exception is left tackle Anthony Castonzo; whose contract expires after this upcoming season. At age 32, the Colts could decide against re-signing him. If they do, they need to start grooming his successor. Even if the Colts do re-sign Castonzo, both their back up offensive tackles will be free agents after the 2019 season. Hence, adding an offensive tackle is a must during the draft.

Coming from the FCS and Alabama State, many will question if Howard can stand up against NFL level talent. However, down at the senior bowl in January, Howard not only held his own but made plays against the top competition. Howard is a raw prospect who will need time to develop his technique and add weight in order to reach his full potential. However, the Colts, they can give him at least a year to “redshirt” and potentially have a new starting left tackle in 2020, protecting Andrew Luck‘s blindside.

We know OT Tytus Howard has the feet to play tackle in the NFL, but it’s great to see this type of physicality from him. #SeniorBowl pic.twitter.com/IXkmVCVVpy

After re-signing Pierre Desir, the Colts have a number of cornerbacks they like on their roster. However, 2018 break out star Kenny Moore will be a free agent next offseason and much like pass rushers, you can never have too many good cornerbacks. The Colts mainly play zone defense which fits Boyd’s strengths. When he was able to play with his eyes looking at the quarterback is where his best moments happened at Texas.

Given how well Marlon Mack and the rookie duo of Nyheim Hines and Jordan Wilkins played last season, running back isn’t a real need for the Colts. However, Anderson is too good of a value to let slide at this point. Anderson isn’t an explosive three-down back but he has the strength and physicality to complement Mack very well. The Colts ran the ball only 39% of the time last season but with the addition of Anderson, they can take pressure off of Luck and the passing game.

The Colts did recently re-sign starting safety Clayton Geathers but its only a one-year deal. Furthermore, the Colts depth at safety is very thin and they must add one during the draft. Hooker is a hybrid safety that could play as a bigger nickel cornerback or as a third safety. His limitations in man coverage won’t be an issue as the Colts play mainly zone defense. Hooker showed off good ball skills as he had six interceptions over his last two seasons at Iowa.

Remember back with the first round pick of this mock how I mentioned Ballard likes to build up his team along the offensive and defensive lines? Well with their second to last pick they invest in some depth at offensive guard. Davis plays with good power and quickness and will be effective in the Colts blocking scheme. If the Colts can land Davis this late on day three, it might be the steal of the draft.

Jacoby Brissett is one of the best back up quarterbacks in the NFL, but he will be a free agent after the 2019 season. The Colts will likely lose him in free agency as some around the league feel he is a starting caliber quarterback. With Andrew Luck’s injury history, the Colts should put a priority on having a capable backup. Thorson may or may not develop into Brissett’s replacement but this late in the draft it’s worth taking a shot on a quarterback; especially one who works as hard as Thorson does on the field.