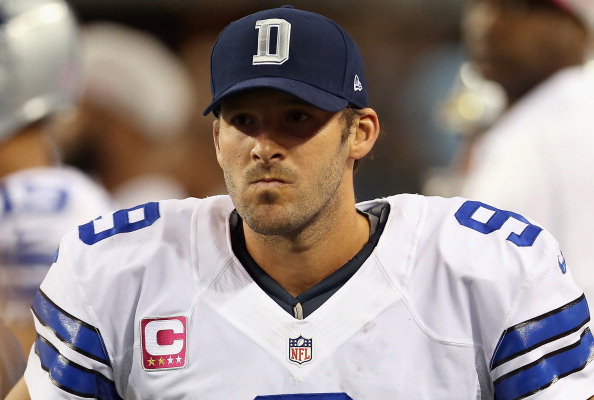 Part One of a new ten-part series. We’ll look at past games that are famous for one play, and in this article, we’ll go over the botched snap that Tony Romo created in the 2006 NFC Wild Card Game.

The Storylines Surrounding the Game

Some storylines surrounding the were the fact that this was possibly legendary coach Bill Parcell’s last game as a head coach. The legendary coach decided to come out of retirement to coach the Cowboys from mediocrity to a Super Bowl, and this was the Big Tunas big opportunity in the Big D, the Cowboys featured some big-time names, like DeMarcus Ware, Jason Witten, Terrell Owens, Roy Williams and the new kid on the scene, Tony Romo. All of these players earned Pro Bowl honors in the 2006 season, and this was arguably the greatest collection of talent in the post mid 90’s Cowboys dynasty era. Most people thought coming into the year that QB Drew Bledsoe would be the Quarterback for the entire season for Americas Team, but that wouldn’t be the case, which leads us to the biggest storyline of the game.

The Entry of Tony Romo as the Cowboys Starting QB.

The inserting of Tony Romo as the Cowboys starting QB happened during a Monday Night Football game during Week 7 at Texas Stadium. It happened mainly because HC Bill Parcells grew tired of Drew Bledsoe’s mistakes, so he inserted an undrafted, inexperienced, QB named Tony Romo. On Tony Romo’s first pass of his young career, he got intercepted by Antonio Pierce which resulted in a Jeremy Shockey TD two plays later. This was the start of a dismal day for Romo, who by the end of the game threw three interceptions but also threw for two touchdowns in a 36-22 loss. This was not a sign of things to come however, Romo would go on to make the Pro Bowl and lead the Cowboys into the aforementioned Wild Card Game in Seattle.

The game was held in Seattle, at the time it was known as Qwest Field but is now known as CenturyLink Field. It pitted the fourth seed Seahawks against the fifth-seeded Cowboys, who snuck into the playoffs at 9-7, while the Seahawks were also 9-7. This game featured nine Pro Bowlers and was the marquee NFC Wild Card Game that year. The Seahawks won the coin flip and took the ball down the field and kicked a field goal. Skipping ahead to the end of the first half, the Cowboys went into the locker room up by four on the road. In the fourth quarter, the two teams traded touchdowns to put the Cowboys up by four going into the fourth quarter. With 4:31 left in the game the Seahawks scored a touchdown but failed the two-point conversion and gave the Cowboys the ball with plenty of time left to work with. With 1:53 left in the game Tony Romo forced a ball into his tight end Jason Witten who tried to muscle his way for a first down at the Seattle one-yard line but came up a half yard short. This set up a chip shot 19-yard field goal for Martin Gramatica, but this is where things went wrong for America’s Team. Tony Romo was holding for the FG attempt, being the only QB to place-hold for kickers that year in the NFL, this made the situation worse. He fumbled the snap and tried to run it in for a touchdown but was tackled from behind by Jordan Babineaux, therefore turning it over and ending the game for all intents and purposes. That lives on as the play Tony Romo is remembered most for, along with the Dez Bryant no catch Vs. the Packers in 2014. It summed up his entire career, coming just short of glory constantly. He would end up only winning one playoff game in his Cowboy career, and retired to pursue broadcasting after the 2016 season where he injured his back in the preseason, against the Seahawks, ironically. Well, that about wraps it up, all in all, this is the most remembered game of the 2006 playoffs, and it was no doubt one of the most impactful games ever.