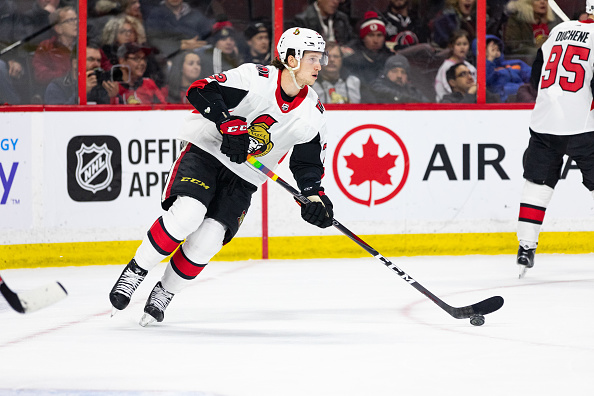 Only a few weeks left of regular season NHL DFS. Thursday brings us a decent helping of games to choose from. My leading target might come as a surprise, Florida at Ottawa, Florida has been trounced in some goal fests recently and the Sens have played better lately as their bevy of young talent has been producing. The other projected high event games are Chicago at San Jose, the Islanders at Winnipeg, and Washington looking for two in a row against the Hurricanes.

Two teams that only have pride to play for might mean things will open up for the Panthers and Sens. They certainly opened up for Florida’s opposing teams in the last three as the Panthers have been outscored 9-20. The under has only hit twice in the last 10 Panthers games. Huberdeau has been fantastic all season, in his last 11 games, he has been running hot with seven goals and 12 assists.

Kyle Connor has stepped up big time for the Winnipeg Jets of late. Six goals and four assists in his last 10 contests. The Jets host the usually stingy N.Y. Islanders, they like Winnipeg, are at or around the .500 mark in their last 10 games with a 5-5 record. The Jets are a game better at 6-4. Connor is firing on all cylinders with linemates Kevin Hayes and Patrik Laine on the second line and is also getting first line power-play minutes.

Thomas Chabot is making Sens fans forget all about Erik Karlsson. The youngster has produced a great season worthy of an all-star selection. Chabot should get plenty of opportunities to shine against the defenseless Panthers. He has four assists, 14 shots and seven blocks in his last five games.

Speaking of former Sens. Hoffman brings his snipping ways back to his old stomping grounds. Hoffman quarterbacks the first power-play unit alongside Keith Yandle. He has five points and 14 shots in his last five games.

Thornton continues to defy the odds contributing on the scoresheet all while playing third line minutes. The grizzled veteran has 10 points over his previous 12 games and may see a little uptick in minutes if Joe Pavelski remains out with an injury.

Depth scoring, much like what the Sharks are getting, is becoming common for the Capitals. First Lars Eller and Brett Connolly and now Carl Hagelin. Hagelin has joined second liners Evgeny Kuznetsov and T.J. Oshie to form a very formidable trio. In his last six games, Hagelin has six points.

Plenty of value to be had on the Senators roster and now is the time to play them. Two straight victories and a cushy home game against the Panthers bodes well for this young group. Duclair, a highly touted prospect at one point, appears to have found his game with his new club. He has three goals and two assists over his last five contests.

This is a favorite of mine. DeMelo is getting top line minutes, exceeding 20 minutes with ease multiple times recently and is contributing on the scoresheet as well. DeMelo has six points and 13 blocks over his last five games. A very favourable matchup here for Ottawa. Having shares of players that will log heavy minutes(at a reduced price tag)against a team that just can’t shut things down defensively should pay off.