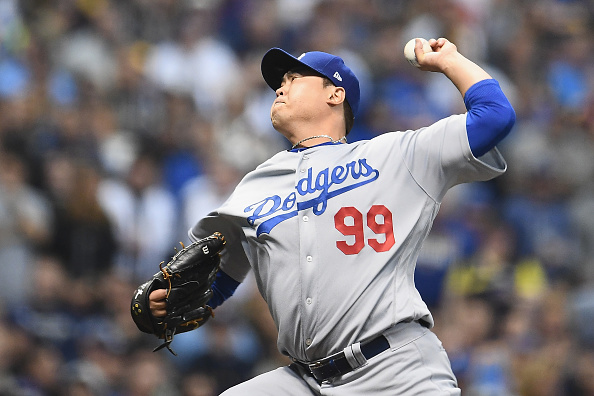 Opening Day has finally arrived. The Los Angeles Dodgers are starting their season at home against there divisional rivals, the Arizona Diamondbacks.

Today, a four-game series begins between the Dodgers and Diamondbacks. Opening Day will feature Hyun-jin Ryu vs. Zack Greinke. Ryu finished off last season with a 7-3 record and a whopping 1.97 ERA. Greinke finished off last season with a record of 17-7 and a 3.20 ERA. I think the Dodgers will be able to win this game because it’s in LA, Opening Day, the crowd will be ready to rock, and it’s the return of Corey Seager.

The second game of the series will feature Ross Stripling vs. Robbie Ray. Last season, Stripling was used as a relief pitcher and starting pitcher. When he started games, he usually pitched 3-4 innings; then Dave Roberts finished out the game with a combination of relief pitchers. Stripling had a record of 8-6 and a 3.02 ERA. Robbie Ray finished last season with a 6-2 record and an ERA of 3.93. I think the Dodgers will be able to win this game as well because Dodgers tend to do at home, especially if they win the first game of the series.

The third game will feature Kenta Maeda vs. Zack Godley. Kenta Maeda finished last season with an 8-10 record and an ERA of 3.81. Zack Godley finished last season with a record of 15-11 and an ERA of 4.74. This may be the one game Arizona can steal in LA. Maeda can be a streaky pitcher at times, but if he is locked in, it will be difficult to score runs on him.

I think this is the season that the Dodgers will win the World Series, led by Justin Turner and Clayton Kershaw. They have the batters and pitching depth to win games in the playoffs. Dodgers should be able to start the season off with a 3-1 record at least, if not a 4-0 record.