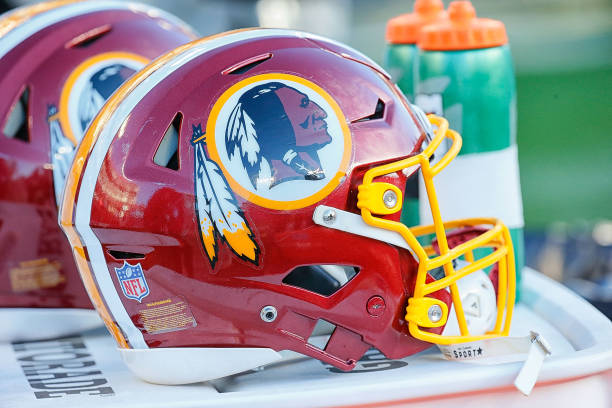 The 2019 NFL draft is less than a month away and teams are putting the finishing touches on their player evaluations. Every year we see several surprising picks that come out of nowhere like when the Seattle Seahawks drafted Rashaad Penny in the first last year. Everyone loves mock drafts so here is a seven round mock draft predicting every Washington Redskins’ pick. To help with this mock draft, I used the FanSpeak on the clock simulator.

Sadly Alex Smith’s gruesome leg injury is expected to sideline him for the 2019 season. While there is still some optimism that Smith could return in 2020, the Redskins need to plan on the assumption that he will never play again. Unfortunately for the Redskins, they are stuck with Alex Smith’s contract for the next two seasons. After the 2020 season, the team could release him and save $13.6 million dollars in cap space. Therefore, they must find their new franchise quarterback on a cheap deal.

Unless the Redskins trade for Josh Rosen, the only way they can add a franchise quarterback on a cheap deal is by drafting one. However, the Redskins don’t have a good track history with drafting quarterbacks. Drew Lock is probably the most polarizing projected first-round quarterback but he would perfectly fit what the Redskins want on offense. The team wants to run the ball and take deep shot off play action. Lock has arguably the best arm in this draft class and can make impressive throws downfield even if the play breaks down.

This one was niceee on Drew Lock. Broken play, escaping pocket, delivers a deep one. pic.twitter.com/rJVavboN0H

In the offseason, the Redskins decided against re-signing slot receiver Jamison Crowder and he went on to sign a three year/$28.5 million dollar contract with the Jets. With the Mr. Irrelevant pick in the 2018 NFL draft, the Redskins picked Trey Quinn. With Crowder now in New York, Quinn is projected to take over as the starting slot receiver. However, Quinn struggled with injuries as a rookie and it better suited as a back up than a starter.

While his teammate D.K. Metcalf got all the hype at Ole Miss, Brown had the better career. In three years at Ole Miss, Brown totaled almost 200 catches for almost 3,000 yards and 19 touchdowns despite inconsistent quarterback play. Brown has a good combination of strength and quickness that makes him a mismatch slot receiver. He also can be used as a safety blanket for a young quarterback, should the Redskins draft one in the first round. Some have compared Brown to Steelers’ pro-bowler JuJu Smith-Schuster; a lofty expectation he could reach.

The addition of Landon Collins in free agency was a big splash move and took care of one starting safety spot. However, the other starting spot is a completely wide open competition. Ha Ha Clinton-Dix left as a free agent and Montae Nicholson has off the field issues that could lead to a suspension. Chauncey Gardner-Johnson has experience playing all over in the secondary and will provide versatility at both free safety and nickel cornerback.

The duo of Jordan Reed and Vernon Davis have been serviceable for the Redskins. However, 2019 is probably the last season both are on the roster. Reed has struggled to stay healthy throughout his career and the Redskins can save $8.5 million dollars in cap space by releasing him next offseason. Meanwhile, Davis turned 35 years old a few months ago and will be a free agent after the 2019 season. Clearly, tight end is a position of need for the Redskins this year.

While the top three guys in this draft class get all the attention, Dawson Knox is arguably the fourth best tight end in the class. Knox won’t be confused for any of the many in-line blocking tight ends in the class but he is one of the better “move” tight ends in the class. Because of all the NFL talent at Ole Miss, Knox didn’t get a lot of targets but when he lined up in the slot, he was able to show off his athleticism verse defensive backs.

We don’t get to see Dawson Knox make catches very often, especially in traffic, but when he does, he shows off his athleticism incredibly well. Love that Knox goes here and high points this thing. This isn’t an easy play by any means. He gets over the DB making that play too. pic.twitter.com/RD6R929m1C

After losing Preston Smith to the Packers in free agency, many believe the Redskins will draft an edge rusher within the first two rounds. However, in this mock draft, they focus on offense early and advantage of the depth on the defensive side of the ball. Currently, 2017 second round pick Ryan Anderson is projected to the be starting outside linebacker opposite of Ryan Kerrigan. The Redskins have several former Alabama players on their roster so why not add another.

Christian Miller struggled with injuries during his time in Tuscaloosa; only playing in 14 games during his first three years on campus. However, he managed to play 14 out of 15 games as a senior and had 8.5 sacks; second best on the team. While Miller doesn’t have a ton of college production, he has over 35 inch arms (93 percentile) and has the raw talent to develop into a future starter.

For some odd reason, the Redskins think Ereck Flowers can go from a bust at offensive tackle and turn into a starting caliber left guard. However, that is unlikely to happen and the team needs to add a starting caliber guard during the draft. Nate Herbig doesn’t get a lot of hype but he can make plays; especially in the run game. Herbig is a three-year starter who was named to a Pac-12 All-America team twice. The Redskins want to be a run first offense and with Herbig opening huge holes, he should start from day one.

#Stanford RG Nate Herbig was a Freshman AA in '16, 1st Team Pac-12 LY, and a preseason AA in '18. Known as a true mauler in the run-game, check out the havoc he causes on this TD run by Love.

-Washes his man down
-Trips up several other defenders
– Opens huge hole for Love pic.twitter.com/sJoO2A9XjF

The Redskins are hopeful that Reuben Foster plays in 2019, whether it comes with a suspension or not. However, even if he plays all 16 game (which is unlikely) the depth at inside linebacker is thin. The team released Zach Brown earlier this offseason and while they have high hopes for 2018 sixth round pick Shaun Dion Hamilton, adding depth is needed. Gary Johnson ran a 4.43 40 time at the combine and does a great job getting downhill quickly, making plays in the backfield.

Watching some #Texas defensive highlights… Keep an eye on LB Gary Johnson (33) does a nice job of diagnosing the RPO, quickly getting downhill and making the stuff in the backfield. #NFLDraft pic.twitter.com/9F0Ez0ZSNU

Last year the Redskins spent a third round pick on offensive tackle Geron Christian, but he still needs time to develop. Swing tackle Ty Nsekhe signed with the Bills this offseason, forcing Christian into that role this season. The Redskins have been killed by the injury bug along the offensive line the last few seasons and need to add at least two offensive linemen in the draft. Mitch Hyatt was a four-year starter at Clemson and some believe he could move inside in the NFL. Regardless of where he lines up, he would be an upgrade over a lot of the depth along the Redskins’ offensive line.

Many believe Sutton Smith won’t hold up on the edge in the NFL and that may be the case. However, even if he has to move to linebacker he is great option with the second to last pick in the draft. Despite measuring under 6’1” at the combine, Smith put up back-to-back seasons with 14 or more sacks at Northern Illinois. Smith probably will never turn into a 10 plus sack a year player but his motor is relentless and he would provide some depth at outside linebacker for the Redskins.