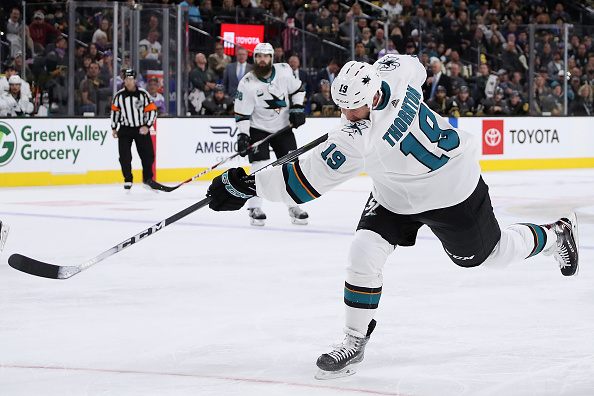 The Sharks have clinched a spot in the postseason again. Can they finally raise Lord Stanley’s Cup this year?

Thanks to the Colorado Avalanche’s 3-1 win over the Minnesota Wild on Tuesday night, the San Jose Sharks became the second team in the Western Conference to secure a playoff spot, after Pacific division rival, Calgary. The Sharks had just come off a bad 7-3 home loss to the Vegas Golden Knights, a team that is on a tear, since the acquisition of Mark Stone, they’ve won the last 10 contests.

San Jose has qualified for the postseason, in the last four seasons, in those last four playoff appearances, Peter DeBoer has been behind the bench. DeBoer took over as Sharks coach in 2015, managing to get them to Cup final in his first year, they haven’t come close since. San Jose is currently four points back of the Calgary Flames, who beat the Ottawa Senators 5-1 on Thursday night, for first place in the west, the Flames have one game in hand after the Sharks were beaten out by the Ducks last night 4-3 in overtime.

The Sharks certainly have weapons up front with Joe Pavelski, Logan Couture, Joe Thornton, and Evander Kane, but their ability to roll four lines has played a major role in their success this season. However, its the problems in net that are killing them right now, Martin Jones has lost his last four of five, giving up at least three goals in each of them. Who they can trust when the time comes, Aaron Dell subbed in the last game, giving up 4 goals in the loss. They’ll need to clean that part of their game up ASAP, as we haven’t got a lot of time left until the Playoffs start up.