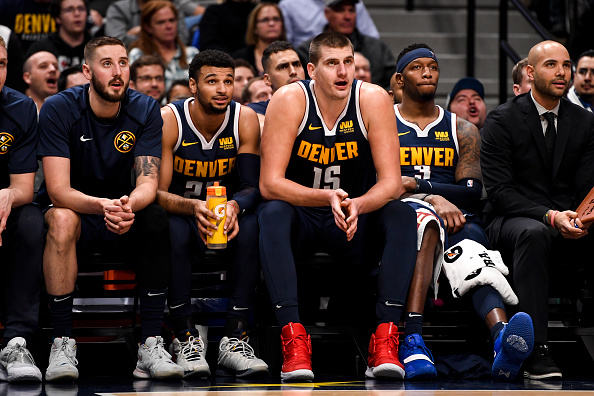 It was looking a bit dicey at the end of the third quarter in Boston, playing the Celtics, but a quick 5-0 run all by Torrey Craig in 1.1 seconds was precisely the spurt of energy that propelled the Denver Nuggets the rest of the way to clinching a nine-point win, a sweep of the season series, and most importantly: a playoff berth. The first one in six years.

The last time the team celebrated a playoff berth, George Karl was still the head coach, and the team faced, more or less, what was the beginning of “The Splash Brothers” reign on the NBA. Since then, Denver has slowly built a team and a young nucleus to guide them for the foreseeable future. After two years in a row of missing the playoffs by just a single game, including a game 82 winner-takes-all loss last year against the Minnesota Timberwolves, the team finally got over the hump, and they did it in style and not on the last game of the season.

The celebration in the locker room was brief. There were no champagne bottles, so instead, water bottles were used to concoct the celebration. There was water spewing everywhere, jumping, laughing, yelling, hugging, and something that had been missing this time of year the last six years, huge smiles across every single person’s face. The sheer joy that was infectious in the locker room and even the videos.

All of that was short lived. While Paul Millsap and Isaiah Thomas are the only guys with any real playoff experience on the roster, everyone seemed to reciprocate the same message, you have to celebrate the accomplishments, but you have to continue to keep working and winning. MVP candidate Nikola Jokic understands the importance of what happened in Boston, but also said, “We are thirsty. We are hungry. We just want to go out there and make something happen.” Denver is currently vying to outlast the Golden State Warriors for the top seed and fend off the Houston Rockets for the second seed. With the hardest remaining schedule in the Western Conference, the work is far from over, but frankly, it’s just beginning for a team that has virtually no playoff experience.