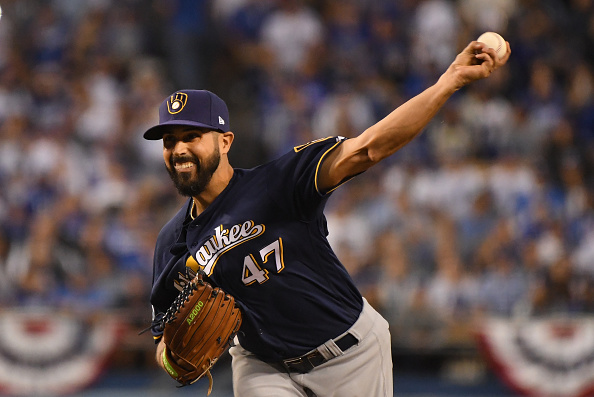 LHP Gio Gonzalez and the New York Yankees have come to terms on an agreement.

The #Yankees indeed are about to sign Gio Gonzalez to a Minor League deal. He’ll receive $3M if in the Majors, and can opt out on April 20. @feinsand with the details.

This signing is a reaction to ace Luis Severino and C.C. Sabathia starting the season on the Injury List.

Last year, Gonzalez was 10-11 with 4.21 ERA between Washington and Milwaukee. Those numbers don’t look at total, but with the 27 starts with Nationals he posted a 4.57 ERA, then in five starts with the Brewers a 2.13 ERA.

A former 21 game winner, will be a filler in the rotation as injuries have already plaque the Yankees. Sabathia (right knee injury) is said to be out until mid-to-late April, while Severino (rotator cuff soreness) won’t return until May.

One of the key terms to remember is the opt-out close for Gonzalez on April 20. He can invoke this clause if he isn’t added to the Major League roster.

The lefty Gonzalez could be effective even pitching in a hitters ballpark like Yankee Stadium. He has a 58% Ground Ball rate,and only a 26% Fly Ball rate.

Gio is now in the mix to compete for a spot at the back-end of the rotation. It looked like after the injuries, Luis Cessa, Domingo German, and Jonathan Loaisiga were competing for two spots in the rotation, but now it could be just one. All three previously mentioned have struggled in the big leagues, but Cessa and German have had amazing springs so far. Cessa has 0.69 ERA, giving up a single earned run in 13 innings, while German has 1.54 ERA and has struck out 18 in 11.2 innings.