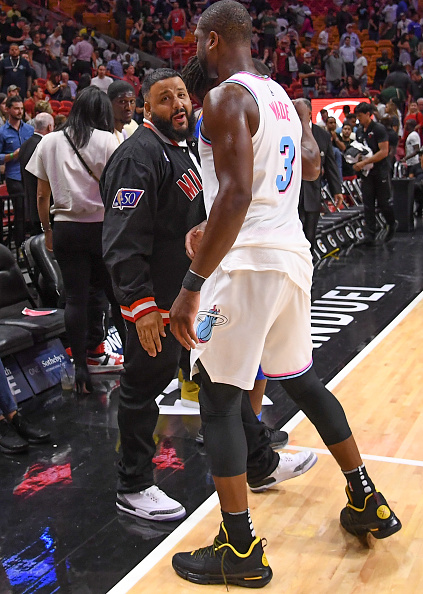 Here are my four takeaways from the Miami Heat‘s 116-107 victory over the Oklahoma City Thunder.

Gaining Ground on Nets and Pistons

With Monday’s win over the Thunder, the Heat were able to strengthen its hold on the eight and final playoff spot. With the ninth-seeded Orlando Magic and tenth-seeded Charlotte Hornets not playing, Miami moved 1.5 games ahead of the Magic and 2.5 games ahead of the Hornets. The Heat also gained ground on the two teams ahead of them in the East standings. Miami pulled within one game of seventh-seeded Brooklyn Nets and two games of sixth-seeded Detroit Pistons.

For the second consecutive game, Dwyane Wade and Goran Dragic were the team’s two leading scorers. With the Heat facing an early deficit, both players came in and immediately made an impact. The two reserves combined to score 19 off the bench to put give Miami the lead at the end of the first period. Dragic scored 11 points on 3-for-3 shooting from three and Wade had eight points.

Dragon sighting in Downtown OKC 🐉👀@Goran_Dragic had a huge night vs the Thunder, finishing with a team leading 26 points off the bench to go with 11 assists and 5 rebounds.
🔥🎥 #HEATHighlights pic.twitter.com/tAR8KWwh3w

With 25 points in the win #FatherPrime notched his 11th 20+ point game off the bench this season, tying the most in franchise history. #L3GEND
🔥🎥 #HEATHighlights pic.twitter.com/yhGOtNt0DB

The shooting struggles continue for Josh Richardson, who is the team’s leading scorer this season. After shooting 2-of-17 on Sunday against the Hornets, he went 3-of-14 from the field on Monday night.

Despite his shooting struggles, Richardson still found ways to impact the game, finishing with seven rebounds and six assists.

JJ Makes Impact off the Bench

Once again, James Johnson impacted the game off the Heat’s bench. He was very active on the defensive end, with two key blocks in the fourth quarter. Offensively, Johnson showed explosion on his strong finishes in the pick and roll.

In the end, Johnson finished with 14 points on 5-of-8 shooting and added a team-high three steals.

Next up: The Heat will face the San Antonio Spurs on Wednesday. The game tips off at 8:30PM ET.