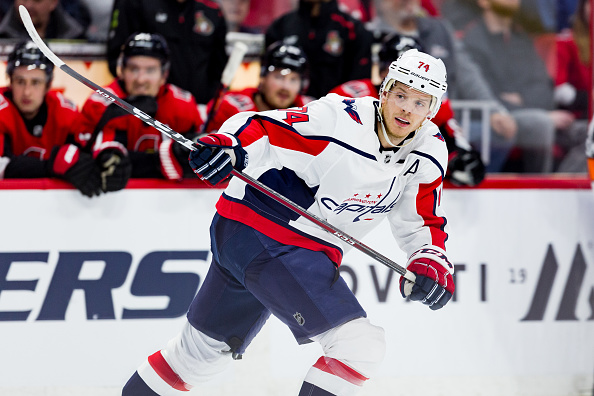 The choices are not so obvious this time around for DraftKings selections for Tuesday. Bound to be quite a bit of variance, so perhaps GPP’s is the way to go tonight. My top game to target is Washington at New Jersey followed by Toronto at Nashville, and Columbus at Calgary. Here we go!

Ovie is likely to be quite chalky tonight, and for good reason. New Jersey has actually won two of there last three games but in the grand scheme of things so to speak, they are just 2-8 over the last 10. In those games, they are 20 goals for and 35 against. Ovechkin currently has 48 goals, this could be a game he pops a couple to reach 50 yet again.

Nick Backstrom and Evgeny Kuznetsov are suitable plays as well versus such an inferior opponent. Defenseman John Carlson gets the edge here for me because of the cheaper price tag, he also has more points of the three players in the last five games, Carlson has six points, 10 shots, and 15 blocks over that span. It’s the second season in a row that Carlson should be in the mix for the Norris Trophy. He currently has 64 points in 71 games.

Tkachuk is in the midst of having a spectacular season for the Calgary Flames and is one of the hotter players in the league. His last five games have been tremendous for the talented winger, six goals, four assists and 18 shots on goal in his previous five games.

With nine games remaining on the season Josi has almost already hit his career high for shots on net of 253. A game against the struggling Toronto Maple Leafs should allow him to reach that total. Recently over the last five games, Josi has 20 shots on goal, 12 blocks, and three points.

Werenski is logging big-time minutes for the Jackets and the production has followed suit of late. Werenski is averaging 3.3 DK points per game over his last ten games, 0.5 points higher than his season average. Werenski is also quarterbacking the first power-play unit adding to his value.

It’s been a bit of a down year for P.K. but a lot of that is due to injury issues earlier this season. The Predators have an incredibly talented top four group of defensemen and they all get big-time minutes. Subban has averaged 25.26 minutes over the last five games and is getting time on the first powerplay unit. The goals and assists are sure to show up soon, no better time than against the defensively challenged Maple Leafs.

If Auston Matthews continues to drive play and create scoring chances, William Nylander is likely going to get in on the offensive push. Scoring goals have been a chore but Nylander is still chipping in with assists as he has six in his last five games.

Connolly has been productive in limited minutes on a very good third line alongside Lars Ellers and Carl Hagelin. Curiously Connolly isn’t listed on either powerplay unit which shows us how deep of a team Washington is. A modest four points and 10 shots on goal over his last five games make Conolly of a value selection against the New Jersey Devils.

If Sean Monahan sits out again, plug Ryan in. He will likely occupy Monahan’s first line center role if Monahan has to sit out another game. He will be a game-time decision.