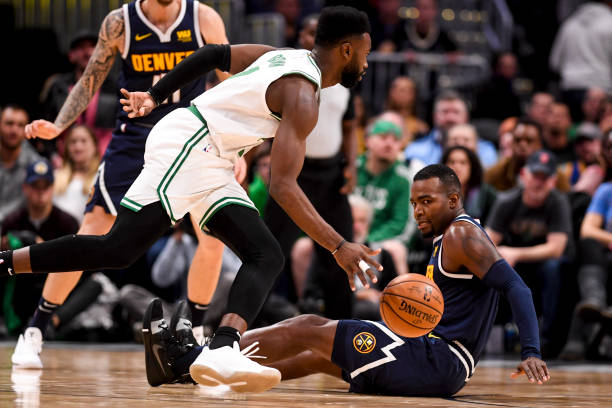 The Celtics are coming off a solid 2-1 week, they looked great in two of the three games. They played with a lack of effort on the defensive end and didn’t move the ball well in the game they lost. Due to their sloppy play, they got blown out by the LA Clippers.

The Celtics had an overall easy week last week, the best team they faced were the Los Angeles Clippers, but besides them, they played a low tier Atlanta Hawks team and a solid and young Kings team. The Celtics got blown out the roof by the Clippers on the road 140-115 and Lou Williams passed Dell Curry for most points off the bench all-time. The Celtics looked very lost on the defensive end, they didn’t show much effort, and the game was over from early on. Lou Williams and Danilo Gallinari just absolutely dominated the game; the Celtics had no answers. Then on Thursday night, the Celtics took on the Sacramento Kings at home in the TD Garden. It was a well-fought battle, but Boston was able to take care of business at home. Irving had 31 points and 12 assists, he absolutely took over for the C’s and lead them to victory 126-120. On Saturday night, Boston went up against the young and tough Atlanta Hawks at home – Boston had a big lead most of the game, but the Hawks went on a big run and almost came back. Kyrie once again did what he does best and took over in the 4th quarter. He also had the game-sealing block to end the game! The Celtics defeated the Hawks 129-120.

Will this Week Bring More W’s?

As the Celtics look to get the week started against the Denver Nuggets, they are currently 46-22 and sit at the #2 seed in the Western Conference behind Golden State. This will definitely be a great challenge for Boston, but a good thing for the C’s is that they play at home against this elite Denver team. As you know Denver has a great all-around squad full of young talent including players such as Jamal Murray, Gary Harris, Will Barton etc, but their most talented player is at the center position and his name is Nikola Jokic. Also known as the Joker, he leads the team in scoring at 20.3 PPG, in assists at 7.6 APG, rebounds at 10.7 RPG and in FG percentage at 50.7%. That is very rare for a big man to be that great at passing. He is an amazing talent and was a first-time All-Star this year in a very star-filled Western Conference. Jamal Murray is the team’s second-leading scorer at 18.3 PPG, he also averages 4.2 RPG and 4.9 APG. Then at shooting guard and the Nuggets’ 3rd leading scorer, you have Gary Harris who can score and guard more than one position on the defensive end. Harris is averaging 13.5 PPG, 2.9 RPG, and 2.5 APG, he is having a solid season and still has room to improve, he has only played 43 games this season thus far so he has had some trouble with staying healthy. Denver plays team basketball, they move the ball at a very high level within their system, and they also have a phenomenal coach in Mike Malone. They play well on fast breaks and definitely push the tempo; Boston will have to match their intensity and continue to play with a lot of ball movement like they have been in order for this game to translate to a win. Isaiah Thomas is finally getting his return against his former team, but it’s been tough for him to get minutes since coming off his injury. He is currently out of the Nuggets rotation, but he will possibly play especially against his old team. I expect Boston to beat the Nuggets at home in a very close and down to the wire game… a few altercations could possibly break out as well.

Come Wednesday night, Boston is going to be on the road facing off against the Philadelphia 76ers. The 76ers currently sit at the #3 seed in the Eastern Conference with a record of 45-25, as you know they have two great players and possibly generational talents in Ben Simmons and Joel Embiid. Embiid is currently averaging 27.3 PPG, 13.6 RPG and 3.5 APG and Simmons is averaging 17.0 PPG, 7.8 APG, and 9.1 RPG, he is all over the stat sheet every single night, doing whatever it takes for his team to get the W. Embiid is basically impossible to stop down low in the post, he has a very old school style of play which is very rare in today’s NBA, he will muscle you down low and hit a fadeaway jump shot or finish it off with a nice little hook. He is a very difficult assignment to defend on any given night, the Celtics usually have Horford or Baynes guarding Embiid which works at times, but he is just a very special player and a tough cover. On the other hand, Ben Simmons can drive to the hole and get a bucket or get his teammates open for a great look, he isn’t a great shooter quite yet, but he is working on it. The 76ers also have Jimmy Buckets, don’t forget about him, he can score the basketball and will guard your best player or wing and give him a very hard time to score. Butler is averaging 18.7 PPG and 5.2 RPG, don’t forget about recently acquired Tobias Harris who was having a career year with the Clipper before he arrived here. Harris is averaging 19.3 PPG and 7.9 RPG, he can shoot the 3-ball and will give you a tough time on the defensive end with his great scoring ability and length. The Celtics will be going up against a much improved 76ers team, they beat the 76ers last time without Kyrie and always seem to handle Philadelphia, but this time around I think they will play better and it is going to be a great and entertaining Eastern conference matchup. I think Celtics can win this game, but will probably lose in a close game on the road.

On Saturday night the Celtics will be on the road to take on the Hornets. The Hornets only really have one great player and that is Kemba Walker. He has been loyal to the franchise, but they haven’t been able to lure any free agents or trade for a star player that would give Kemba some help. Charlotte isn’t a free agent destination or somewhere where star players would love to sign during the offseason. Kemba is averaging 25 points per game this season and 5.7 assists per game, he is doing everything in his power to help his team get wins and get into the playoffs, but they just don’t have enough talent. The team’s second-leading scorer is Jeremy Lamb at the shooting guard position, he is averaging 15.2 PPG, 5.6 RPG, and 2.2 APG. He is a solid young player that can score the basketball and is very lengthy, but he isn’t much more than just a role player. Cody Zeller has been a solid power forward for the Hornets, but can’t do much else besides grab some rebounds and score a few points inside the paint. He scores about 10 points a game. Nicolas Batum is also on the team, but he is much older and just isn’t the same player he once was, he also averages about 10 points per game. Charlotte will put up a fight on their end, but overall don’t have enough to beat Boston Saturday night, unless the Celtics decide to play very sloppy. I expect Boston to take care of business on the road against an average Charlotte team that only has one All-Star possibly in a blowout.

On Sunday evening the Celtics will face off against the San Antonio Spurs at the TD Garden. The Spurs have been a solid team all season long even though they have had their ups and downs. Although Kawhi is no longer in San Antonio, they still have the best coach in the entire league (Gregg Popovich). The Spurs always find a way to make it to the playoffs despite the level of talent they have on the team, they are such a great organization especially when it comes to developing young players. DeMar DeRozan was acquired in the Kawhi Leonard trade last Summer, he has been playing at a very high level with the Spurs, he is averaging 21.6 PPG, 6.1 RPG, and 6.1 APG. He has been solid all over the stat sheet this season, as he is being used much differently than he was being used in Toronto. Then at the power forward position, you have LaMarcus Aldridge who can score over almost anybody in the league with his length and great shooting ability from the post area. LMA is averaging about 21 PPG while picking up 8.9 boards a game. He also leads the team in blocks at 1.3 a game, Rudy Gay has also been solid for San Antonio this season averaging 14.1 points per game, 6,5 rebounds per game and 2.6 assists per game. The Spurs sit at the #6th seed in the stacked Western Conference with a record of 41-29. This will definitely be a challenging game for Boston, but the positive note for the C’s is that they will be at home in front of the great Boston crowd. I expect Kyrie and “Big” Al Horford to lead the Celtics to a victory over San Antonio in a pretty close game in the TD Garden.

Boston currently sits at the #5 seed in the Eastern conference, It feels like a broken record that I have been saying that for weeks now. The Celtics are currently behind the Indiana Pacers who are expected to fall in seeding due to their very tough schedule. I expect Boston to move up to the #4 or even #3 spot in the East as the season is coming to a close. Boston plays Philadelphia Wednesday night so that will definitely be a huge game for both teams. The positive note for the C’s is that they can still have some type of home-court advantage during the playoffs, but Kyrie Irving staying healthy is their top priority. Good sign for Boston is that Kyrie apologized to the media for the way he has been acting and ever since their long plane ride the team’s chemistry has risen to another level. They seem to be enjoying playing with one another and when they play together they are a very scary team to play against. They have so many weapons and match up well with every team including the Golden State Warriors, but when they play selfish with the basketball and sloppy on the defensive end they look like one of the low tier teams in the league. Jaylen Brown has started to look very good again coming off the bench he is averaging 15.1 PPG, 4.6 RPG and 1.2 APG in the last 10 games. Boston looks great right now and that is a very good sign for them, they have struggled with team chemistry all season long, it looks like they have actually figured it out and if this translates over to the playoffs, I still believe the will win the Eastern Conference. I believe the Celtics will go 3-1 this up-coming week against some pretty high-level teams.