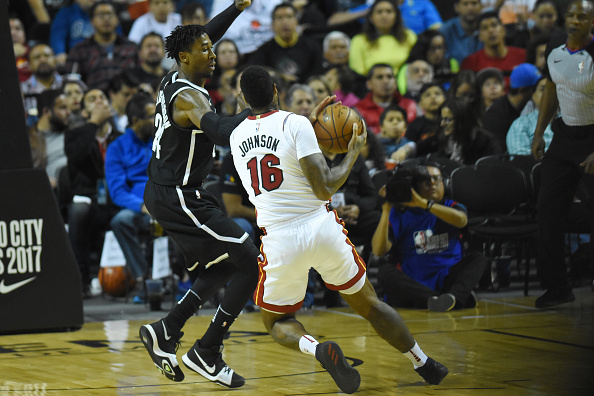 Here are my four takeaways from Wednesday’s 108-74 victory over the Detroit Pistons.

The Heat’s win over Detroit combined with the Orlando Magic’s loss to the Washington Wizards moved the Heat two games ahead of the No. 9 Magic and No.10 Hornets. Miami is also two games behind the Pistons for the seventh spot in the East standings and 2.5 games behind the No. 6 Brooklyn Nets.

The team is in a good spot right now in its playoff push. But, there’s still a long way to go before the Heat can get too comfortable.

Usually, the third quarters have been bad for the Heat. But Wednesday night was different. The Heat scored the first 21 points of the quarter, marking their longest run of the season. The Pistons went ten minutes without a field goal, shooting 2 of 16 in the third period. They didn’t even score until 5:27 remained in the period.

The Heat’s new starting lineup featuring its young trio of Justise Winslow, Josh Richardson, and Bam Adebayo continues to impress. The starters opened the game with an 8-0 run, one of their best starts of the season. As mentioned above, they went on a 21-0 run to start the third period.

The Heat’s young trio combined to score 39 points on 62.5 percent shooting, 18 boards, and eight assists against the Pistons. Overall, it was a productive night for the young trio.

James Johnson remains out of rotation

If there was a night James Johnson would’ve received playing time, it probably would’ve been Wednesday. There are not many Heat players who can match Blake Griffin’s strength and athleticism like Johnson. However, the Heat never called Johnson’s number, even with Bam Adebayo picking up two early fouls after defending Griffin. Without Johnson, the Heat used Derrick Jones and Bam Adebayo as the primary defenders on Griffin, who finished the night with 13 points on 4-of-9 shooting and three turnovers in 30 minutes.

This was the sixth consecutive game James Johnson was an active scratch. His last appearance in a game was on February 21st against the Philadelphia 76ers.

Up next:  The HEAT will host the Milwaukee Bucks on Friday at 8PM eastern.