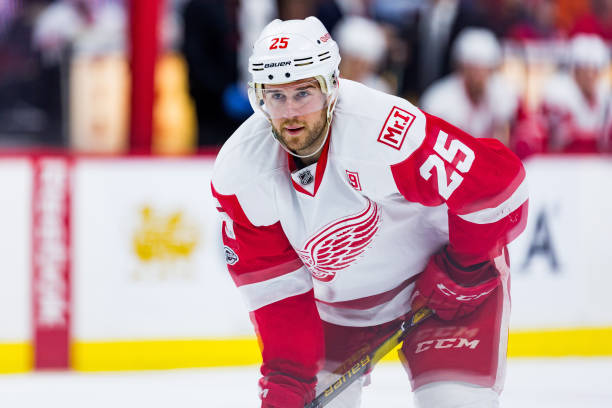 Detroit Red Wings defenseman Mike Green will miss the rest of the season due to an ongoing liver virus he’s been trying to fight through. Green has gone through the wars missing the opening nine games this season because of the virus, then missed a month beginning in mid-December because of a foot injury, the virus has resurfaced once again.

The team is going to miss his ice time contributions, he was second on the team behind Dylan Larkin and led all defensemen with 26 points in 43 games. The 33-year-old is signed through 2020, he should make a full recovery in the offseason, and be ready to finish out his contract.

Detroit signed him to a two-year contract extension last summer worth $10.75 million. Which many fans had no questioned given that he has yet to play a full season with Detroit since arriving from the Washington Capitals in free agency in 2015.  His departure opens up the opportunity for younger players to get NHL experience. Jeff Blashill confirmed that rookie defenseman Filip Hronek will be with the Red Wings for the rest of the year. Hronek was recalled from Grand Rapids in mid-February, in the first game without Green, he played more than 27 minutes in a losing effort on Tuesday in Colorado, playing on both special teams, on a top-pairing with Danny DeKeyser. As time moves on, he’ll need to show he can become an important piece of a rebuilding defense. He seems to have embraced his increased role in the last month of the season.

The team only have 16 games left with the final game on April 6 against Buffalo. Buried deep in the Eastern Conference basement, they are currently second last in points with 58, the real possibility of landing the No. 1 pick in the NHL draft lottery is all that’s left to look forward at this point.