Here are my four takeaways from the Miami Heat‘s 114-113 victory over the Atlanta Hawks. 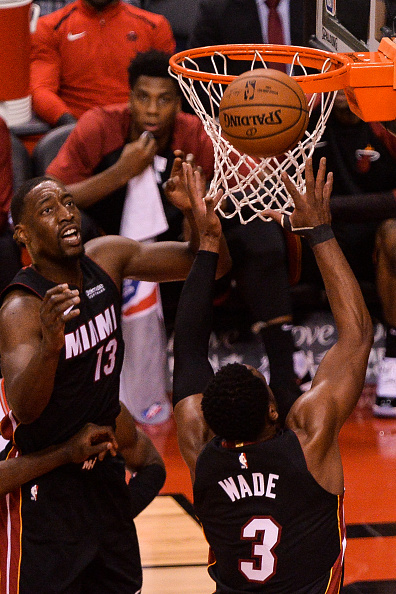 The Heat finally found a way to beat the Atlanta Hawks, who won the first three games of the season series against them. With the victory, they moved closer to regaining a playoff spot. Miami, which remains in 10th place in the Eastern Conference, is now just percentage points behind the eighth-place Orlando Magic.

The Heat has the same record as the ninth-place Charlotte Hornets, but is behind Charlotte based on the head-to-head tiebreaker. Charlotte has a 2-0 season series lead over the Heat. The teams play each other on Wednesday.

It was about to turn into another disappointing Monday night until Dwyane Wade took over. Wade scored 14 of his 23 points in the fourth quarter to lead the Heat past the Hawks. It was the highest-scoring quarter of the season for Wade. Even at 37, Wade continues to be essential.

It was also a milestone night for Mr. Wade. With his second block of the game, Wade became the NBA’s all-time leader in blocked shots among guards when counting regular-season and playoff games. He passed Michael Jordan, who previously had the record with 1,051.

Heat center Hassan Whiteside was back in action after missing the previous three games with a strained hip, but was not starting. Whiteside was the fifth reserve off the bench, with Bam Adebayo remaining the starter. Wade, Rodney McGruder, Derrick Jones Jr., and even the seldom-played Udonis Haslem all entered the game before him.

It was Whiteside’s first time playing off the bench since he signed his max deal back in 2016. Whiteside finished with four points and seven rebounds in 15 minutes.

Justise Winslow was in his bag tonight. It was a solid floor game for the Heat point guard as he scored and dished out assists. One of his most impressive passes came in the third period, with this amazing behind-the-back pass to  Bam Adebayo.

He may not win Most Improved Player, but he should be strongly considered for it. It’s been quite a turnaround for Justise, who’s improved in both his shot mechanics and finishing around the rim. Check out this nice finish below.

Up Next: The Heat visit Charlotte on Wednesday. The game tips off at 7pm ET.