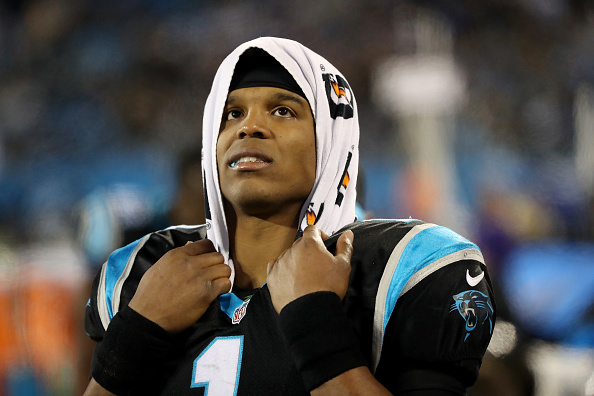 Coming into 2018, the Panthers were three years removed from their Super Bowl loss to the Broncos. They made the playoffs last season but were defeated by the Saints in a great game. There was so much promise going into this season. For a while, it looked like the Panthers could be a contender for the Super Bowl. They ended up missing the playoffs and now their star quarterback has a potentially serious injury.

The Panthers came out firing this season. They went 6-2 defeating the Eagles and Cowboys, two very good teams. They were competing with the Saints for the NFC South crown. They then went on to lose seven straight games. They finished the season 7-9. A total collapse. They tied with the Falcons but finished third due to division record.

There were some things that Panthers fans can look back at and have some hope. For one, for the first half of the season, the team looked good. I thought they could be a dark-horse to go to the Super Bowl. Cam Newton was playing very well before a shoulder issue clearly handicapped his play. Christian McCaffrey really showed out this year. He ranked second in the NFL with 337 snaps just behind Ezekiel Elliot at 352. McCaffrey finished with seven rushing touchdowns for 1,098 yards. Even more impressive, he had 107 receptions for 867 yards and six touchdowns. McCaffrey really exploded on to the scene this year. Luke Kuechly continued to show why he is one of the best players in the NFL. He had the highest run-stop defensive grade in football at 92.3. Kuechly finished with 130 total tackles and was voted to his 5th first-team All-pro. Kuechly was apart of the Panthers very impressive run-stop defense.

The biggest issue the Panthers had was the injury that happened to Newton. During the Panthers losing-streak, Newton threw nine interceptions and told the media that he “had no range of motion” in his shoulder. If this is a chronic type injury, this could really derail the career of what could’ve have been one of the best quarterbacks of the decade. I said earlier that the Panthers had a great run-stop defense. This didn’t translate to getting some QB pressures. Mario Addison was the highest ranked Panther in terms of QB pressures with only 43. The secondary was also an issue for the Panthers. Eric Reid had the highest grade in terms of coverage. The problem is, he ranked 110th in the NFL in that category. The Panthers are an incomplete team that desperately needs to hit a home run in this draft.

The Panthers have lots of areas to improve. They need improvements in their secondary, pass rush, offensive line, and skill areas. What we can conclude with this roster is that they have star-players they can build around. They just need a good draft and be willing to spend this offseason.

In my own mock draft, I have the Panthers taking D.K. Metcalf. If you have social media, you have seen that Metcalf is exploding up the draft boards. So I believe that Metcalf won’t be available for the Panthers to take. They could still be in play for a Parris Campbell, N’Keal Harry, or a Marquise Brown. If they decide to go secondary, offensive line, or pass rush in the draft, they could still go out and look at free agency or the trade market.

This could be a very interesting destination for Brown. He is arguably the best in the league. The Panthers need a real skill player. Brown fits that hole. The problem is that Brown is more of a down-field guy. With Newton’s shoulder injury he won’t be able to deliver that deep ball. Will this happen? No, not a chance.

Exactly like Brown, a deep threat. I think the Panthers could really use a guy like this, however. I know I said that it could be a problem because of Newton’s shoulder. But a cheap, deep-threat is something a team lacking athleticism could use.

This is what I think the Panthers should do. Lots of talent in this draft. I still believe they go receiver in the first round, especially with the number of edge rushers and secondary players available in the draft and free agency.

The Panthers ranked at the bottom of the league in QB pressures. The draft and free agency are loaded with talent that the Panthers could…..pounce on (ba dum tiss.) Let’s look at the available options for the Panthers.

In no way will this happen. I firmly believe that Houston will put the franchise tag on Clowney. But if they don’t, he would be perfect for this Panthers defense. Clowney grew up in South Carolina so he would be close to home. He went to school in South Carolina. Panthers have money to spend. They have the hometown pitch. Clowney and Kuechly on the same defense is a scary thought.

Clark has been apart of that feared Seattle defense for years. In the past three years, Clark has had 32 sacks and 66 QB hits. This is exactly what the Panthers need. They need QB pressure to help out the secondary. I think this is a realistic spot for Clark and if the Panthers decide to not go the way of an edge rusher in the draft, I think the Panthers pursue Clark hard.

So much talent in this draft. Especially at the edge position. Because the Panthers have so many needs, they could go any way in the draft. With players like Clelin Ferrell, Montez Sweat, and Brian Burns the Panthers have a lot to think about before the draft.

One of the biggest problems for the Panthers was their secondary. Like their pass rush, they ranked at the bottom of the league. There are some great players in the draft and some noticeable players in free agency.

Not sure that the Panthers go this route in the draft. They need a pass-rush before they touch up their secondary. A good pass-rush helps set up the secondary. With DeAndre Baker and Byron Murphy as the clear best options, I think they can afford to look elsewhere for secondary help.

This is a long shot especially with the report that he wants $15 million. I believe he ends up with the Cowboys, but if the Panthers want to get back to the Super Bowl, they need to be willing to spend some money.

I think this could be a good fit. Mathieu is not the player he used to be so his deal will be cheap but most likely for one year. This could be a good rental with the potential to expand to a long-term commitment. Mathieu could also bring in that “hard-nosed” mentality which is something the Panthers need

This is all depending on the health of Cam Newton. If he is healthy, I think the Panthers go 10-6 and win a wildcard spot. If he isn’t healthy, It could be ugly. I could see them going 11-5 and I could also see them going 4-12. It all depends on the health of their franchise player. There is a lot of promise in this offseason. The question now is if the Panthers will take advantage of this offseason.