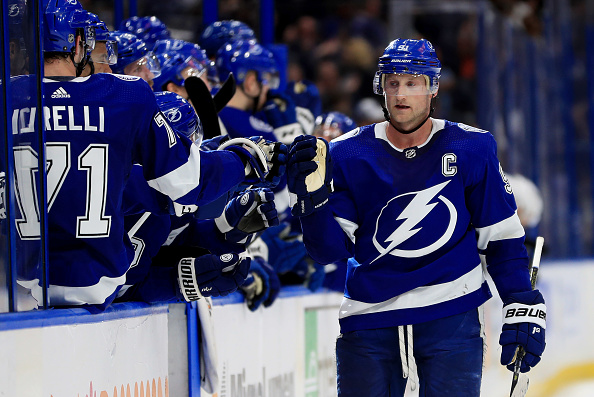 Let’s get started right from the bottom. The Senators have not had a great team going to this season, nor do they have one now. The Sens traded away Matt Duchene, Mark Stone, and Ryan Dzingel before the Trade Deadline. With 49 points, there is no team worse in the NHL. The good news for the Senators is that they are stocked with the first round draft picks. The bad news is that potentially their own first pick overall from the 2019 NHL Draft will make people in Colorado happy.

Perhaps the most interesting deal of deadline day was the trade of Stone to Las Vegas for high-end defensive prospect Erik Brannstrom. The buzz is significant for the 15th-overall pick in 2017, and if Brannstrom is as advertised, he and Thomas Chabot are a pretty good starting place in rebuilding a defense.

Let’s move forward as we find a better team than the Ottawa Senators. Wait, did Detroit lose 1-8 at home against Montreal? The Red Wings are not really the worst team in the league, they are the third worst team in the NHL. The Red Wings made two deals at the Trade Deadline. They traded Nick Jensen to Washington and Gustav Nyquist to San Jose.

Although Gustav Nyquist is on pace for a career-best in points, General Manager Ken Holland could pry only a second and a third-round pick out of San Jose, which is mildly disappointing. On the other side, he wasn’t able to trade veterans and rentals like Jimmy Howard or Thomas Vanek. Everyone knows those guys would get something in return for Detroit and the Red Wings don’t necessarily need them anymore. Huge rebuild time progressing in the Motown.

Where to rank the Florida Panthers? With 66 points, they are eight points out of the playoff structure and they are currently 2-0-2 in their last four games. Keeping in mind last season’s late push, there is nothing impossible for the Panthers. On the other side, the Panthers have been a major disappointment once again. The team hasn’t been able to fully fulfill its’ potential this year.

Florida traded Derick Brassard, acquired from Pittsburgh earlier this season, to Colorado for a third-round pick. They sent Tomas Jurco to Carolina for future considerations and acquired Cliff Pu from Carolina for future considerations. In another peripheral deal, Florida sent Chris Wideman to Pittsburgh for undrafted forward Jean-Sebastien Dea and defenceman Bogdan Kiselevich to Winnipeg. They were able to keep Mike Hoffman.

Remember that 10-game win streak? Neither do I. How promising it has been for the Sabres and how it is looking now. Another sense of a major disappointment in Buffalo. The Sabres are on the same position as the Florida Panthers. Nevertheless, they have a good team with a ton of potential, just unable to perform as expected. That has been the story for the last four or five years and it can’t stop repeating itself.

However, before the Trade Deadline, they made a huge splash acquiring defenceman Brandon Montour from the Anaheim Ducks for the first round draft pick and Brandan Guhle. In Montour, they add a 24-year-old right-handed shot defenseman who will likely get a chance to play with franchise defenseman Rasmus Dahlin. Montour skates well, can move the puck and, playing on a much more up-tempo team than in Anaheim, should be a nice fit.

The Canadiens are currently inside the playoff structure, but just with a very tiny one-point advantage. The Habs are a team capable of winning six in a row and losing five in a row. Something very similar for Claude Julien teams as the same was happening in his final three seasons with the Boston Bruins. This week, Montreal lost 2-1 in New Jersey, the very next night they defeated the Red Wings 8-1. That would sum up their present year perfectly. A team with lots of potential, sometimes overperforming, sometimes underachieving.

The Canadiens haven’t done much at the Trade Deadline. So by reacquiring Dale Weise from Philadelphia and adding veteran Nate Thompson and Jordan Weal, this deadline period was all about nibbling around the edges.

That has been the story of the Atlantic Division. Two placed below we will find a miserable team searching for answers, here we find a well-oiled team with the high ceiling. The Leafs didn’t have to do much at the Trade Deadline, as they already acquired Jake Muzzin from the Los Angeles Kings and, of course, John Tavares last offseason.

The Leafs are positioned to yet another battle with the Boston Bruins in the playoffs. It remains unclear who will own the home-ice advantage. As of now, Toronto is trailing Boston by three points with 18 games left to play. Their defense is the main issue as defencemen Travis Dermott and Jake Gardiner are believed to be sidelined for a few weeks.

The Bruins found their stride in February. They are on a 15-game point streak featuring 11-0-4 record. They have the second-best defense in the League, second-best power play, second best home record… Even without David Pastrnak, the Bruins are pretty good. Ahead of the Trade Deadline, Boston added Marcus Johansson and Charlie Coyle.

Both players came in handy for the Bruins as they solidify the B’s lineup. Bruins fans might be disappointed at the lack of name recognition with these additions, but both should help bolster an already impressive roster as they face the prospect of having to outrun Toronto and Tampa to get to a conference final.

With 17 games left to play, there can still be some treads for the Bolts. They have practically nothing left to play for the remainder of the season and we all know what record the Presidents´ Trophy winners own. Since 2009, just once did the best regular season team in the NHL win the Stanley Cup, the Chicago Blackhawks in 2013. When talking about the Trade Deadline, there was neither a pressure or need to make a splash. The Lightning already possess a great team and have their sights set on the ultimate prize, the Stanley Cup.