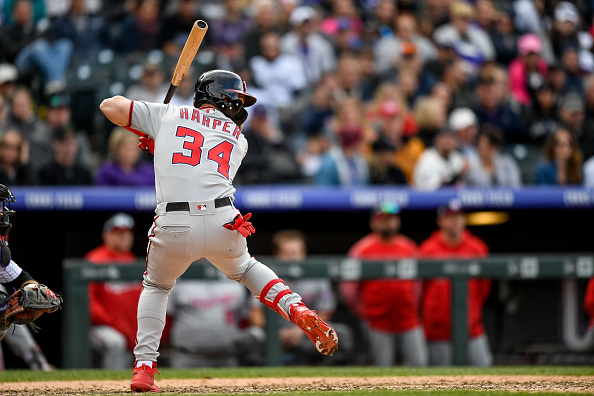 Let’s take a look at his actual “worth.” Per Fangraphs Harper has been worth 235.6 million over his seven seasons with the Nationals. In AAV terms, Harper would’ve been worth approximately about 33.6 million a year. Harper’s highest yearly dollar worth in his career was 74.7 million in his 2015 MVP season. His lowest worth was 12.3 million in 2014 in which he only played 100 games and it was the only season he did not have an all-star appearance.

In his career with the Nationals, Harper has approximately earned around 52.3 million and as I stated earlier he’s been worth 235.6 million in his career. That’s about a 183.3 million difference in which he hasn’t been rightfully paid. To say that Harper is ignorant for asking the amount he’s been asking for is blatantly wrong. Harper is looking out for himself to what he needs to be rightfully compensated for and his projections for future seasons.

He’s only 26 yrs old and Harper is only going to get better. He is entering his prime seasons and in my mind, we have yet to see his best season. Yes, Harper is definitely worth his contract demands. End of Story. Period.