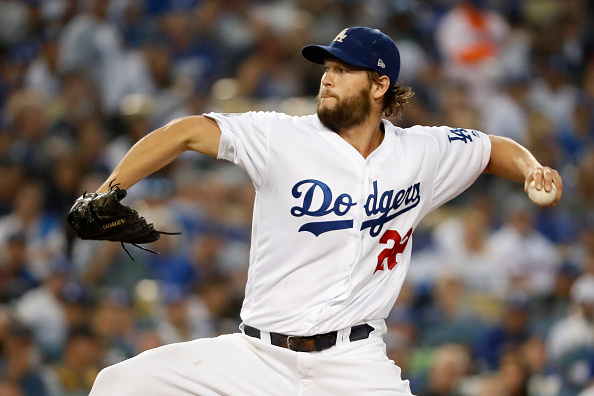 The Dodgers made it back to the World Series last season but fell short yet again. This time to the Boston Red Sox. The Red Sox were able to cruise past the Dodgers and defeat them in five games. In the previous season, the Houston Astros beat the Dodgers in seven games. Could the third time be the charm for LA?

The Dodgers had a slow start to the season; some people were even questioning if this team had what it takes to make the playoffs, let alone the World Series. They had a 26-30 record going into June. In June, they finished the month with a 17-9 record. They continued to have an over .500 record every month, September being their best month, where they went 18-9. They finished the regular season with a 92-71 record. Surprisingly, the Dodgers didn’t do as well at home last season. They had a 45-37 record at home, and on the road, their record was 47-34.

They were able to defeat the Colorado Rockies in the 163rd game of the season, which was a tiebreaker to see who would win the NL West Division. The Dodgers won that game 5-2 in LA.

In the first series against the Braves, LA was able to defeat Atlanta in 4 games. The first two games were in LA; the Dodgers won game 1, 6-0, and game 2, 3-0. Game 3 was in Atlanta, where they fell short of the sweep in game 3, losing that game 6-5, and took care of business in game 4, defeating the Braves 6-2, and advancing to the NLCS.

The Dodgers faced the Brewers in the NLCS, and it was one for the ages. In game 1, the Brewers defeated LA 6-5 in Milwaukee. In game 2, the Dodgers rallied back down 3-0, to win 4-3. In game 3, Dodger Stadium was rocking, after a great come from behind win in Milwaukee, I was there, it was a great playoff atmosphere, but the Dodgers played one of the worst games of the season, losing 4-0 to the Brewers. Walker Buehler was on the mound, and he was able to pitch for seven innings, but allowed four runs, on six hits. However, he was able to get eight strikeouts. This game was not all on Buehler, Yasmani Grandal had two errors, that if he had caught, would have resulted in outs. The game shifted off those errors; the offense was horrendous, Turner, Machado twice, Puig, and Grandal were the only players who were able to get hits. In game 4, the Dodgers were able to bounce back and defeat the Brewers in 13 innings, 2-1. Cody Bellinger got a base hit, which led Manny Machado home. Game 5, the Dodgers won 5-2 in LA. The Brewers were able to win game 6 in Milwaukee, 7-2, to force a game 7. In game 7, the Brewers started early, scoring a run in the first inning. Dodgers wasted no time in capitalizing with two runs in the second inning. The Dodgers went on to defeat the Brewers 5-1 and winning the series 4-3.

A.J. Pollock was a significant addition for the Dodgers because they needed another big bat to go along with Justin Turner, Corey Seager, and Cody Bellinger. The Dodgers had a solid outfield last season, but they traded Yasiel Puig to the Cincinnati Reds, so adding Pollock was a good move for the Dodgers. Last season, Pollock had 113 appearances, finishing with 21 home runs, 65 runs batted in, 13 stolen bases, and his on-base + slugging percentage was .800%. This was a good signing for the Dodgers, as the bats sometimes disappear for them in the playoffs.

The Dodgers added some depth to their bullpen which was needed. Joe Kelly finished with a 4-2 record last season. Giving up four home runs, had a 4.39 era, two saves, and 68 strikeouts. He appeared in 73 games and pitched in 65.2 innings. If Kelly can be the pitcher he was in the 2016-2017 campaign, where he had a 2.79 era and a 4-1 record, the Dodgers will have a much better chance at making it to the World Series for the third straight year and hopefully win it this time.

Russell Martin played in LA from 2006-2010 with the Dodgers. After spending five years in LA, he went to the New York Yankees, followed by the Pittsburgh Pirates, and lastly, Toronto Blue Jays. Now Martin is back with the Dodgers and is off to a good start in Spring Training for the boys in blue. Last season, Martin had 289 at-bats, ten home-runs, 25 runs batted in, 56 hits, and 37 runs. What’s more important for Martin to do is not commit many turnovers as a catcher like there was last season with Grandal and Barnes.

Hearing that Puig was traded to the Cincinnati Reds was tough for Dodger fans, as Puig always electrified the crowd, whether it was with home-runs, bat flips, outstanding throws from the outfield, etc. Puig appeared in 125 games, had 108 hits, 60 runs, 23 home runs, 63 runs batted in, and 15 stolen bases. Puig will be missed in LA.

Grandal appeared in 140 games; he had 106 hits, 65 runs, 24 home runs, and 68 runs batted in. He had a strong regular season campaign, however, in the playoffs, especially in the NLCS, he committed some crucial errors that cost the Dodgers games. He did not show up in the NLCS or World Series. The Brewers got a great batter, and I hope that Grandal finds his role in Milwaukee.

Manny Machado (2018 with the Baltimore Orioles and Los Angeles Dodgers):

Machado played in 66 games for the Dodgers; he had 73 hits, 36 runs, 13 home runs, and 42 runs batted in. Machado helped the Dodgers reach the playoffs, and he had some big hits to help the Dodgers reach the World Series. Machado accepted an offer from the San Diego Padres, which was a 10/year, $300M deal. The Dodgers were not expected to re-sign Machado, with the return of Corey Seager.

Alex Wood was coming off a strong season in 2018 with a 3.68 ERA and 9 Wins. The Dodgers will have to compensate for the loss of his 150+ innings of work. They have depth but it will be tested a bit this year with Wood departing in the trade with the Reds.

The Dodgers lost Manny Machado and Yasiel Puig, however, they added A.J. Pollock and Corey Seager is returning from injury so they will continue to have a strong infield and outfield. Chris Taylor, Joc Pederson, and Cody Bellinger made some big plays in the playoffs in the outfield, and Justin Turner, Corey Seager, and Kike Hernandez were working well together at the beginning of the season until Corey Seager got injured. So, the Dodgers should have a solid infield and outfield; Max Muncy is also underrated at the first-base position.

The Dodgers had trouble closing games out in the playoffs partly because Dave Roberts was pulling the starting pitchers out too early, Kenley Jansen having heart problems, Kenta Maeda not having the bullpen experience, etc. But, the Dodgers added Joe Kelly which will help the bullpen out. Jansen will come back better than ever this season, and the Dodgers bullpen will be at full strength at the start of the season.

The Dodgers let Yasmani Grandal walk, signing Russell Martin. I like the addition of Martin, but, Austin Barnes tends to struggle when batting and had a few errors as a catcher as well. Nonetheless, this is something that can be fixed, and I’m hoping to see Austin Barnes improve from last season.

Note: Kenta Maeda may be in the starting rotation over Ross Stripling.

I still believe in the Dodgers. I think if they remain healthy, they will be able to make it to their third straight World Series and win it all this time. Justin Turner, Clayton Kershaw, and the rest of the team is determined to win, after failing to in the previous two seasons. This high powered offense led by Justin Turner should be able to score more runs in the playoffs this time around. Hopefully Dave Roberts doesn’t continuously switch up the starting line-up and doesn’t pull starters who have allowed a run through six innings out early, and instead keep the bullpen fresh for when they are really needed. The Dodgers should be able to win the NL West division and make it to the World Series for a third straight season.