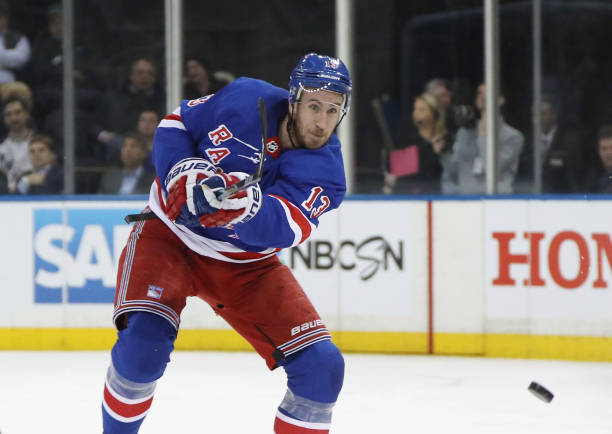 It didn’t take too long after everyone rolled out of their beds on Monday morning for the Winnipeg Jets to add to their offensive core. The Jets acquired Kevin Hayes from the New York Rangers in exchange for a 2019 first-round pick, another conditional fourth-round pick, and Brendan Lemieux.

Pierre LeBrun of TSN gave the details on the conditional pick, saying that the Rangers only get that extra selection if Winnipeg wins the Stanley Cup. Otherwise, it’s just Lemieux and a first for the 26-year-old from Dorchester, MA.

Hayes is a few months away from becoming an unrestricted free agent and was putting up very impressive numbers on an underwhelming Rangers team.

Winnipeg is in the midst of a 3-5-2 skid in which they’ve averaged just 2.5 goals per game. While they still sit atop the Central Division, they’re just one point ahead of second-place Nashville and just six points above the surging St. Louis Blues. However, perhaps in a move to reclaim some success in the goal-scoring department, the Jets rolled the dice on rental forward Kevin Hayes.

The Massachusetts native has had a relatively pedestrian postseason career. Through 34 games, Hayes has just two goals and eight assists in an average of 15:09 time on ice. Winnipeg is hoping that the left-shotted winger can provide some stability, as well as figure something out in the big dance. But for now, the move looks like a low-risk, high reward-type for a guy who has been one of the steadiest players in the league this season.

As for the Rangers, they get a young player in Lemieux, who is a +10 in 44 games with the Jets this season. On top of that, they’re guaranteed at least a first-round pick in this upcoming draft. Both teams should be satisfied with their respective half of the bargain.