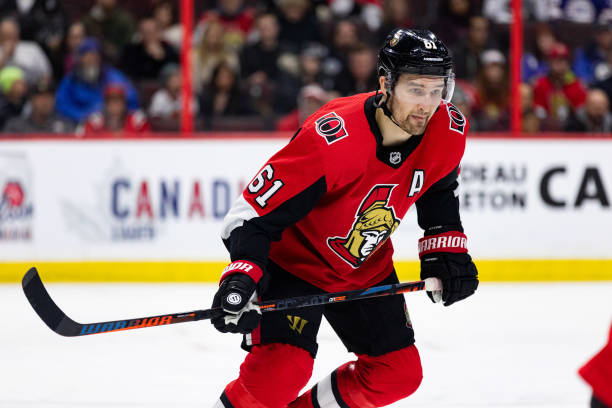 Perhaps the biggest move of the day came just about an hour before the trade deadline passed at 3 p.m. ET. The trade resulted in the Las Vegas Golden Knights acquiring forward Mark Stone from the Ottawa Senators.

It seemed to be a matter of when Ottawa would bite the bullet and trade the winger, as opposed to if they’d do it. And at just shy of the three o’clock hour, the Knights sent Oscar Lindberg, Erik Brannstrom, and a 2020 second-round pick to the Senators in exchange for the deadline’s hottest commodity.

But as the saying goes in Vegas, “The Casino always wins.” The Knights have followed up on their Cinderella introductory campaign by taking a significant step back. Through 63 games, the Knights are slated as the third seed in the Pacific Division with 69 points. However, they are 13 points back of second-place San Jose; and while in the midst of a 3-6-1 10-game stretch, the Las Vegas needed to do the dice rolling for a change. Go after a proven goal-scorer like Stone, who can slot in on the first or second line if needed.

But acquiring Stone might not even be the highlight of the day for the Vegas fans. At the time the deal was announced, Stone was still considered just a rental player. However, that’s no longer the case.

This is huge for the Golden Knights as they try to solidify themselves in the Western Conference playoffs despite losing in the Finals against Washington last season. They hold a six-point lead on fourth-place Arizona with just 19 games left to play. Stone all but guarantees another elite scoring option for a Knights team that already has Jonathan Marchessault and William Karlsson.

It should be an exciting ride to the finish for the NHL’s newest hockey franchise.