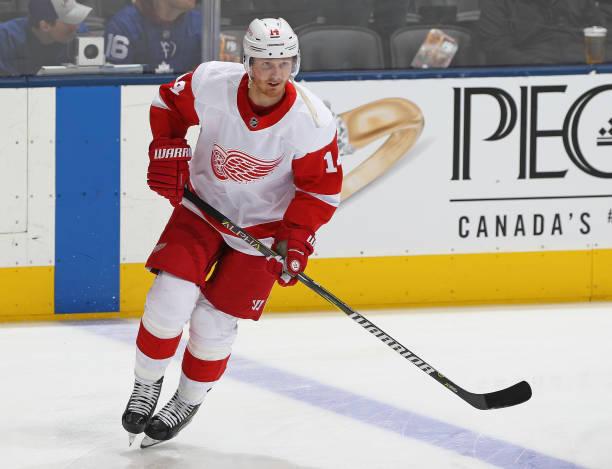 The 2019 Trade Deadline Day has commenced and it has started with a bang as the San Jose Sharks announced that they acquired Gustav Nyquist from the Detroit Red Wings in exchange for a 2019 second round pick and a conditional 2020 third round pick late last night.

Nyquist was originally drafted by Detroit in the fourth round of the 2008 NHL Draft with the 121st overall pick. He didn’t make his debut with the Red Wings until the 2011-12 season, playing in only eighteen games, scoring one goal with six assists, totaling seven points. Nyquist really hit his stride during his third year, scoring 28 goals, with 20 assists, totaling 48 points in 57 games. That performance would get him a few votes, and consideration for the Hart Trophy that year. He would play in his first full NHL season the next year, playing all 82 games finishing with 54 points, with 27 goals and 27 assists. So far this season, Nyquist has scored fifteen goals and 33 assists, totaling 48 points in 61 games played. In his NHL career, Nyquist has played in 480 games scoring a total of 294 points, with 124 goals and 170 assists.

Red Wings fans likely aren’t liking this news as they wake up today. However, this value for Nyquist, while it seems small, could turn into something great for the team overall. With Nyquist turning 30 before next season, to flip him now for draft capital and getting him to move his no-trade clause, this is a decent return for him. This also truly hands the reigns of the team over to their young core including, but not limited to, young stars Dylan Larkin and Anthony Mantha.

For the Sharks, this deal only makes their offense more lethal. With Evander Kane having one of the best years of his career alongside Logan Couture, the Sharks are in perfect position to make a deep run in a very weak Western Conference. San Jose will definitely be a team to watch as the regular season starts to come to a close.