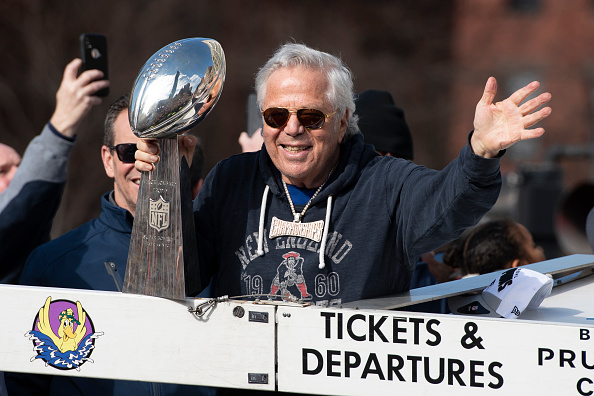 According to Floridian Law, he faces 60 days in jail or 6 months probation if he is convicted of his charges.

If he’s arrested, who takes over the team in his absence?

Could Kraft be suspended?

Yes, he very well could be suspended. Owners and Presidents of teams have been suspended in the past. Indianapolis Colts Owner Jim Irsay was suspended 6 games for drug charges five years ago, and Lions President Tom Lewand was suspended 30 days for driving impaired. He would probably be suspended more towards Lewands side of the owner punishment spectrum. I would see a maximum of two to three games if he is convicted.

The Gravity of the Situation

The gravity of the situation is that it darkens what should be a celebratory month for the Patriots owner after winning Super Bowl LIII 3 weeks back. It puts a dark cloud over the Patriots in general, because they have faced this kind of problem before with Deflategate and Spygate.

Could he be forced to sell the franchise?

This is an interesting question, but the answer is a stern no. But the NFL may find him to be non trustworthy person, which would be the only reason to believe he would be forced to sell the team.

In conclusion, Kraft will probably be suspended at least a couple games even if he isn’t convicted and will give his some form of discipline. This will be interesting as it plays out in the coming days as more details are revealed.