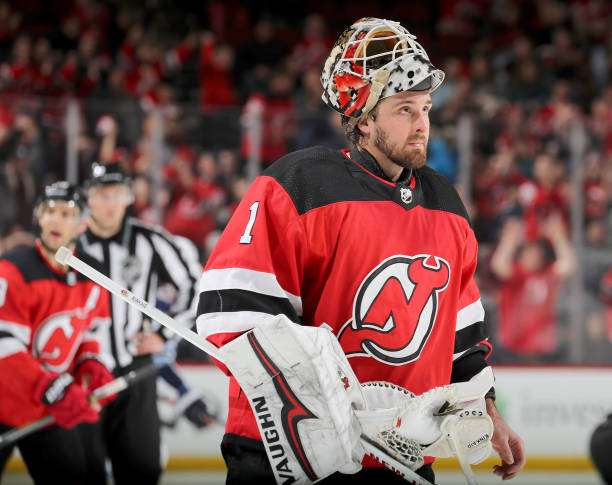 The Columbus Blue Jackets continue to make huge splashes in the trade market as the team announced today that they have acquired goaltender Keith Kinkaid from the New Jersey Devils in exchange for a 2022 fifth round pick. Also today, the Blue Jackets acquired defenseman Adam McQuaid from the New York Rangers in exchange for defenseman Julius Bergman, a 2019 fourth-round pick, and a 2019 seventh round pick.

McQuaid, on the other hand, was originally drafted by the Blue Jackets in the second round of the 2005 NHL Draft with the 55th overall pick but was traded to the Boston Bruins for a fifth-round pick that was later traded to Dallas, and the Stars selected Jamie Benn. McQuaid is a bruiser defenseman, totaling 652 penalty minutes in his ten year NHL career. McQuaid ended up on the Rangers after nine years with the Bruins by trade, with the Bruins acquiring defenseman Steven Kampfer, a 2019 fourth round pick, and a conditional seventh-round pick in the same draft.

The Blue Jackets continue to win the Trade Deadline with two more acquisitions to help bolster their depth at two key positions. With Sergei Bobrovsky‘s contract expiring at the end of the season as well, Kinkaid might not just be a rental depth piece but could be quickly thrust into a backup role if Bobrovsky leaves. McQuaid adds some grit to help protect the skill players on that team including Artemi Panarin, and new acquisition Matt Duchene, as well as the other new acquisition Ryan Dzingel. Columbus is ready to win, and they are ready to win now.