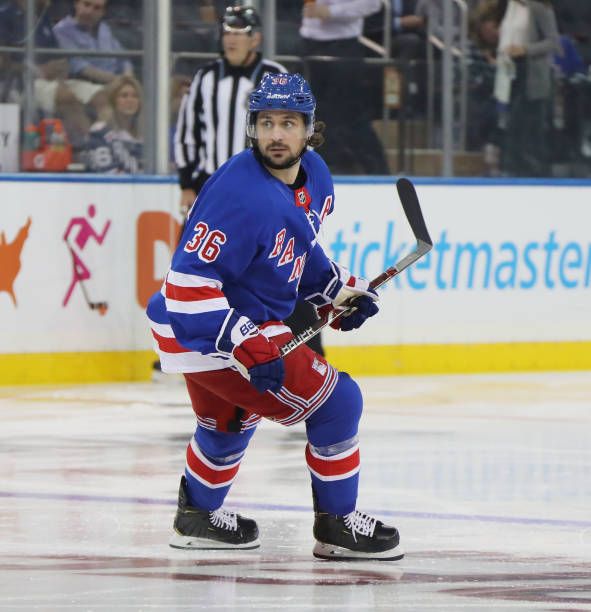 People were wondering what the Stars’ approach would be at the deadline, as they are deadlocked with Colorado as the first seed in the Western Conference Wild Card race.

They answered that question yesterday by making an under-the-radar trade with the New York Rangers, acquiring nine-year veteran winger Mats Zuccarello in exchange for a conditional second-round pick in 2019, and a conditional third in 2020.

The undersized forward has been nothing short of steady over the course of his career; and despite the -11 rating, he’s putting up a pretty solid 11-26-37 stat line. What Zuccarello brings to the table is a lot of speed and puck-handling ability, and unlike your prototypical winger, he is a very gifted passer. But what perhaps makes him even more valuable is the 60 games he has played in the playoffs over his nine-year career.

Zuccarello wasn’t the only player acquired by Stars GM Jim Nill on Saturday, as he also brought in veteran defenseman Ben Lovejoy from the New Jersey Devils.

Lovejoy, 35, is in year 11 of a career that has brought him to Pittsburgh, Anaheim, New Jersey, and now Dallas. While he doesn’t have staggering offensive numbers, Lovejoy is one of the more underrated defensive defensemen in hockey. It’s often the plays that don’t wind up registering in the box score that Lovejoy has coveted in his career.

An often underrated aspect of hockey nowadays is depth. We often get hung up on the sexy names who are scoring all the goals and dishing out the prettiest passes, but it’s often that third-line winger or that bottom-two defenseman that makes a play and steals you a game.

Zuccarello and Lovejoy meet the criteria and should provide a spark should Dallas find themselves into a playoff series.

Jim Nill was asked about the two acquisitions he made on Feb. 23.

Jim Nill comments on today's acquisitions and what it means for the club moving forward. He also shares Zuccarello and Lovejoy's availability for tomorrow's game in Chicago. pic.twitter.com/c7S7iRaW4C

The Stars went for it this deadline season, and fans should be excited about what the final month of the season should bring.