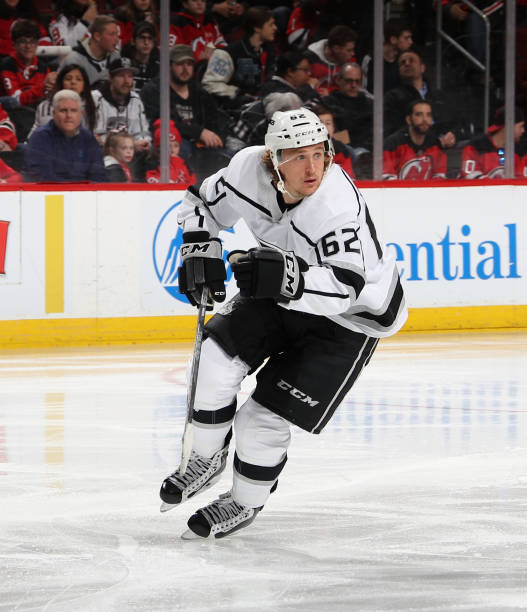 For the second time this year, veteran forward Carl Hagelin is on the move as it was announced today that the Washington Capitals have acquired Hagelin from the Los Angeles Kings in exchange for a 2019 third round pick and a conditional 2020 sixth round pick.

Hagelin was originally drafted by the New York Rangers in the sixth round of the 2007 NHL Draft. In his rookie year during the 2011-2012 season, Hagelin had a stellar year with 38 points, fourteen goals and 28 assists. This season would be good enough for Hagelin to finish fifth in Calder Trophy voting. Hagelin would spend four years in New York, scoring 58 goals and 72 assists for a total of 130 points. During the 2015 draft, Hagelin would be traded, along with a second round pick, which turned into forward Julius Naantinen, and a sixth-round pick, which turned into goaltender Garrett Metcalf to the Anaheim Ducks. In exchange, the Rangers acquired right winger Emerson Etem, and a second-round pick originally required from Florida, which turned into left wing Ryan Gropp.

Hagelin would spend only 43 games in Anaheim, scoring only four goals and eight assists for twelve points before he would be on the move again. This time, he would be traded to Pittsburgh for forward David Perron and defenseman Adam Clendening. While in Pittsburgh, he would be a part of two Stanley Cup Championship teams in 2016 and 2017. He was traded away from Pittsburgh earlier this season to Los Angeles in exchange for left winger Tanner Pearson. In his NHL career, Hagelin has 230 points with 90 goals and 140 assists in 526 games.

Hagelin will be a good rental player for the Capitals, if he can put together his offensive power again. He is in the last year of his deal, which pays him $4 million per year, so this will be his best chance to prove he still has something left in the tank at 30. Hagelin could work perfectly alongside Alexander Ovechkin, but one thing is for certain. Hagelin needs to shine during his time in D.C.