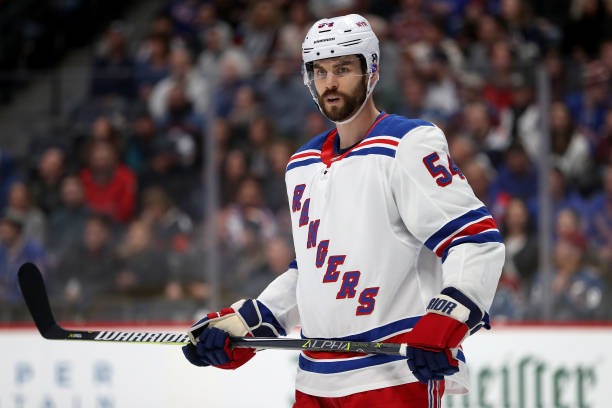 The Toronto Maple Leafs are still trying to upgrade their defense. That is nothing new or surprising. Earlier in January, they pulled the trigger and acquired Jake Muzzin from the Los Angeles Kings. The Leafs gave up their first-round draft pick in order to gain Muzzin. Nevertheless, Toronto is still seeking for a right-handed defenseman, as Muzzin is left-handed one. They may not be even close to done with scouting the trade market.

The Maple Leafs are currently on third place in the Atlantic Division with 75 points three points behind the Boston Bruins. The Leafs have two games in hand on Boston though. Their main objective was to upgrade their defensive core and General Manager Kyle Dubas clearly manifested it with making a splash for Muzzin.

It´s more than clear that the Leafs would like to add more, but not at the same high price. According to what NHL Insider Darren Dreger reports, Toronto might be interested in Adam McQuaid. Another NHL Insider Bob McKenzie reported that the New York Rangers are definitely looking to trade McQuaid.

Dreger says there is a link between the Leafs and #NYR, names RHD Adam McQuaid as a possible target. #LeafsForever

Adam McQuaid was traded from the Boston Bruins to New York last September in exchange for Steven Kampfer, a 2019 fourth-round pick and a conditional seventh-round pick. The Rangers would like to see something similar in return for him. McQuaid has had a solid year with the Rangers, collecting two goals and three assists in 34 games while being +3. One of his goals came against the Maple Leafs during the past week. Canadian blueliner is set to become an unrestricted free agent in the summer and currently carries a salary cap hit of $2,750,000 per season.

Toronto would like to add a solid veteran defenseman and McQuaid would become that needed low-cost addition. Last season, McQuaid faced the Maple Leafs in the playoffs as the Bruins eliminated them in the first round. Before being traded to the Rangers, a 32-year-old defenceman has played his whole career in Boston. A potential move to one of the biggest Bruins rivals would definitely become an intriguing one. But from the business side of the part, it just makes a lot of sense for both the Rangers and the Maple Leafs.