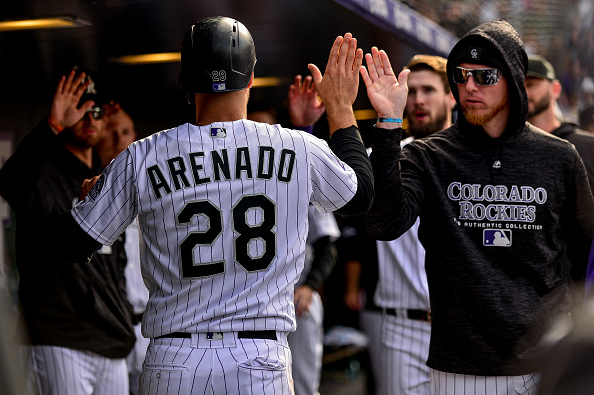 To start our 30 teams in 30 days series of MLB Team Previews, we look at the Colorado Rockies. They’ve made the playoffs two years in a row and look to make a third. Let’s dive into what they gained, what they lost, and how this season will shake out.

For the second straight year, the Colorado Rockies found themselves in the playoff picture. This time they beat the Chicago Cubs and advanced to the Divisional Round where they found their season come to an abrupt end at the hands of the red hot Milwaukee Brewers. The strangest part of that series was the fact they couldn’t score a run in the final two games. For the upcoming season, they will have to kickstart that offense, which is weird to say, and continue to develop and lean on that young pitching core.

This is weird to say, the pitching for the Rockies will once again be the focus in 2019, but this time because of how high the expectations are for this young group. Kyle Freeland posted a historic 2.40 ERA at home in 2018 and has many people questioning if he can repeat another above-average season in the rockiest of places to pitch. Another young potential ace is German Marquez. Putting together one of the best second halves of all starters in the MLB, Marquez will enter 2019 as an “all eyes on me” vibe will be hovering around him during spring. Sporting an amazing 2.61 ERA in 93 second half innings, Marquez was able to strikeout 124 batters during that span. It will be interesting to see if he continues to lean on that deadly slider/curve combo he started featuring more in those 93 innings. This doesn’t include Jon Gray who was once the top pitching prospect for this team. After being sent down to AAA in a surprising move, Gray responded with his best four starts. Pitching an impressive 29.2 innings with a 1.62 ERA and striking out almost one-quarter of the batters he faced, but then just like his major league career, the road got rough again. In the final 10 starts, Gray gave up four or more earned runs in five of those contests and didn’t get through the fifth inning in four of those. With Wade Davis leading the bullpen duties again in ‘19, one thing you can say is these guys have experience. Look for some bounce backs from Jake McGee and Bryan Shaw and you have a very capable bullpen.