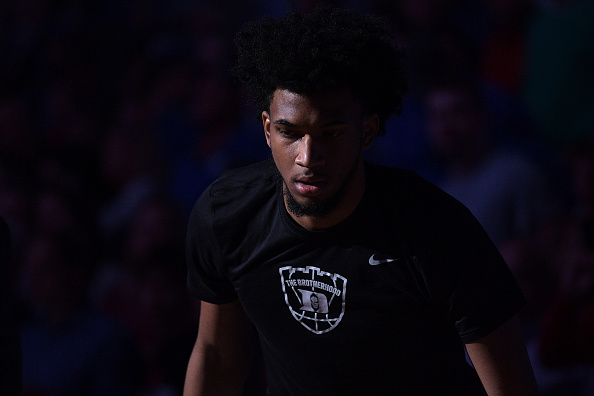 Last week’s Rookie Report featured a break-out 30-point performance from Luka Doncic as well as some impressive scoring from Trae Young. We also checked in on the Pacers rookie guard Aaron Holiday and his performance in the wake of Victor Oladipo‘s injury.

This week, we’re checking in on one rookie who has not quite lived up to his draft position but managed to set a new career high in point two separate times. We’ll also head to Memphis to check in on the Grizzlies following Marc Gasol‘s trade to the Toronto Raptors.

For my thoughts on the trade that sent Gasol to the Raptors, click here.

Bagley III scored 24 points and went 10-of-17 from the floor and 3-of-4 on his free-throw attempts. Bagley III also went 1-of-4 from beyond the arc with his lone make coming in the first quarter.

MB3 also had 12 rebounds, four assists, one steal, and three blocks as he used his size, speed, and athleticism to frustrate the Spurs on both ends.

On Sunday, Bagley III erupted for 32 points in 31 minutes off the bench on a cool 10-of-15 from the field and 1-of-2 from three-point range. Bagley III was able to force the issue all night and repeatedly found himself at the charity stripe; Bagley III would go 11-of-13 on his free-throws.

Marvin Bagley III’s teammate Willie Cauley-Stein had high praise for the rookie after a career performance, saying, “He’s doing what we knew he could do from the beginning.”

JAREN JACKSON JR.
Jaren Jackson Jr. has had several performances this year that have left the audience speechless. His success is not something that many predicted, especially in the fashion he’s performed. In the wake of the trade that sent Marc Gasol to the powerhouse Toronto Raptors, JJJ was able to play through all of the media noise and deliver some impressive basketball.

Jaren Jackson Jr. had his best scoring output of the week against the Oklahoma City Thunder. The rookie had 27 points on an impressive 12-of-18 shooting. Unfortunately, it was not enough as the Grizzlies would fall to the Thunder by 22 points.

The rookies’ best performance of the week would come against the Minnesota Timberwolves. Jaren Jackson Jr. would put up 23 points, six rebounds, three assists, one steal, and two blocks en route to. 108-106 victory.

Earlier in the season, Jaren Jackson Jr. was able to separate himself from the other members of his draft class by showcasing his athleticism and many were calling him a darkhorse for the Rookie of the Year award. While much of that fanfare has subsided, Jaren Jackson Jr is continuing to show that he has what it takes to lead the Memphis rebuild and become the new face of the franchise for the Grizzlies.