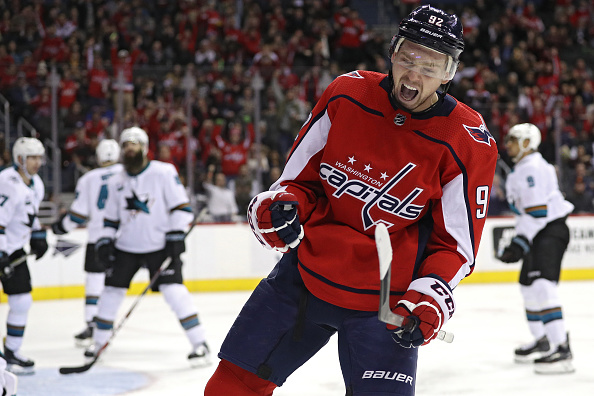 The NHL schedule continues its trend of loading up Tuesday and Thursday nights. Tonight we have a robust 11 games on the card. The following are games we should be targetting: Flames at Panthers, Avalanche at Jets, Devils at Blackhawks, Maple Leafs at Golden Knights, Blues at Coyotes and Capitals at Sharks.

A home matchup versus a floundering Devils squad, hard not to play the NHL’s best player right now. Kane is scorching hot with 31 points over his last 14 games which has put him at number two overall in league scoring. As a team, the Blackhawks are averaging an unbelievable 4.8 goals per game this month.

Hertl and the San Jose Sharks are extremely hot right now. The Sharks have won six games in a row and get the Washington Capitals tonight. The last time these two met they combined for 13 goals in a Sharks OT win. Hertl has 10 goals and 5 assists over his last five. It should be noted that linemate Evander Kane is equally as hot right now with the same production over the last five, but Kane has 51 shots on goal compared to Hertl’s 26. Kane is only priced at $100 more then Hertl.

Kuznetsov is a must play, he has been reunited with Alex Ovechkin and Tom Wilson on the first line. Over the past five games, Kuznetsov is on fire, five goals and five assists for 10 points.

Winnipeg gets a dream matchup at home against one of the league’s most struggling teams. Scheifele is coming off a three-point, six shots on goal performance last time out. He has five goals and five assists in his last 10 games overall. Against the Avs this season he has faired very well, six points in just two games.

Kahun is a great play for this discounted price. Kahun has earned his minutes on a very effective second line along with Debricat and Strome. Kahun has nine points over the last five games and two goals and three assists in the last two games.

Let’s go off the board a little here with a bit of an unexpected performer filling in for injured King center Jeff Carter. Kempe has put up consistent numbers since Carter went down with seven points and 15 shots on goal in his last five games.

Rolling with center Joe Thornton at $3,500 is a nice play as well. There is a lot to like with the NHL’s hottest scoring team. Guys like Labanc, Donskoi, and Thornton are all really good value plays. Labanc continues to score at a higher rate compared to his season-long production. Most recently Labanc has popped five goals and added two assists over the last five games.