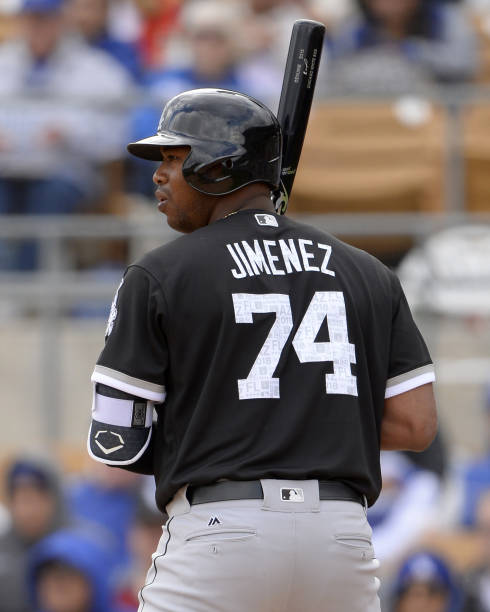 When healthy, Eloy Jimenez absolutely raked in both Double-A and Triple-A. His combined stats over the two leagues were as follows: .337/.384/.577 with 22 home runs and 75 RBIs. Because of his insane, raw power that he swings with, many thought that once he was promoted to Triple-A, his swing-and-miss rate would skyrocket. That simply did not happen. Because of his lackluster fielding ability, Jimenez will need to keep hitting in the upper levels. His speed and fielding ability will not do anything for him. Apparently, his fielding ability is keeping him in the minors, but I don’t see that getting any better any time soon. Chicago will need to see that and just call him up. They need all the arms and bats that they can get on the Southside. I think Jimenez has a very high ceiling as well as a high floor. He’s proven that he can rake at the upper levels and that he doesn’t look to slow down any time soon. I expect him to be called up to Chicago sometime this year (unless the Sox are stupid) and hopefully soon into the season.

Nick Madrigal showed that he was worth the first-round pick that the White Sox spent on him in last year’s draft. In 2018 (with three different teams), Madrigal hit .303/.353/.348 without a home run, 16 RBIs, and eight stolen bases. The lack of power is a bit of a concern to me, but not everyone is a power hitter these days. Obviously, the long ball is an essential part of our amazing game, but Madrigal just didn’t show that power in 2018. I think this power will come eventually and he could be a 10-15 home run hitter in the MLB with a good average. These types of players are very underrated these days because everyone is obsessed with home runs. Madrigal has the power to put the ball into the gap and the speed to get around the bases, but trust me, you will never see Madrigal among the top 30 in the league in home runs unless some crazy transformation happens. Obviously, he is only five foot seven. Only Jose Altuve can make power look easy at that height. Overall, I think the MLB needs more players like Nick Madrigal. I think he’ll be with the Sox next season.
#3 Dylan Cease, RHP
Age: 23
Height: 6’2”
Weight: 190 LBs
Drafted: 2014 (Round 6 by CHC) Milton HS (Milton, GA)

Dylan Cease pitched very well last season in both High-A and Double-A. Combined, his numbers consisted of a 12-2 record with a 2.40 ERA and 12 strikeouts per nine innings. If I were Chicago, he’d already been on my roster. The crazier thing is that he actually had a better ERA and K/9 rate in Double-A than he did in High-A. Cease has four pitchers: fastball, curveball, changeup, and slider. His fastball has always been good, but his curveball and slider showed serious improvement and he looks like he is ready to join the team. I’d like to see his control improve a little bit, but control is becoming a lost art with these young pitchers. I’d like to see Cease start the year in the MLB rotation, but I don’t think the White Sox will be that ballsy. Cease’s biggest issue is his ability, or lack thereof, to remain healthy. He had Tommy John surgery around when he was drafted and has dealt with both shoulder issues and arm fatigue.

I love Kopech, but guess what? He will more than likely miss this entire season after having Tommy John surgery in September. His career to this point has been so frustrating for both him and the fans. I just want to see a healthy Michael Kopech take the hill and dominate. I’m not going to bring up stats when it comes to Kopech, instead, I’m going to talk strictly of injuries and intangibles. Kopech was trying to take a little off his triple-digit fastball in 2017 to improve his control, but in 2018, he was back to his wild ways. He finally got called up in August after posting a 36:1 K-BB ratio (yes, this is a stat). He didn’t perform too well in the Majors, and then he tore his UCL. Kopech is a very risky prospect simply because he is never healthy. He is out for about 12 more months to give or take, so hopefully, this injury doesn’t carry into next season. I’m rooting for Kopech.

Basabe was another good piece that Chris Sale brought back to the south side for the future. Basabe made it to Double-A last season and hit .251/.340/.394 with six home runs, with 26 RBIs, and nine stolen bases. Overall on two teams, Basabe slashed .258/.354/.445 with 15 home runs, 56 RBIs, and 16 stolen bases. He has good fielding ability and a solid throwing arm as well. Seems like a five-tool player to me. I think Basabe’s power will get even better because he is only 160 pounds and has a ton of room to grow. He was hurt in 2017 but completely healthy last year and played very well. I can see Basabe being a September call-up or starting the season with the Sox next year, His growth has been tremendous and I think he is easily better than Luis Robert.

I’m only putting Robert as an honorable mention because there’s no one else who really could go here. I’m not a fan of Robert if I’m being honest. Another man in the organization who just can’t stay healthy. He never made it out of Single-A ball and he struggled at the plate when he played there. He dealt with thumb problems, knee problems, and hamstring issues. He has elite speed and a sweet swing, but I really just can’t think he’s going to be an elite player if he can’t even stay on the field. Robert has not hit a home run yet. This is more of a problem for him than it is for Madrigal in my opinion. Outfielders are getting more and more powerful and some of them have that secret pop and Robert has only shown a limited amount of raw power so far. He has good bat speed and a pretty good eye, but he needs to stay healthy and start hitting more. He can excel in center field with his speed and bat control, but he simply needs to stay on the field to prove to me that he is this elite international prospect.