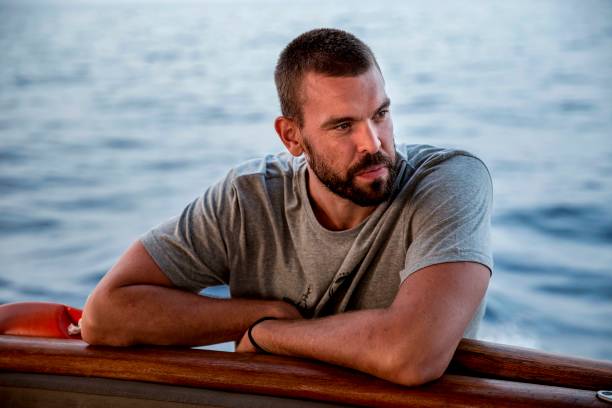 As you probably already know, Anthony Davis is not a Laker (yet?). Mike Conley is shockingly still in Memphis. We didn’t see Beal or Kemba or Vucevic leave town. What we did see was still madness though, and Mike Fanelli and I have decided to break it down for you, trade by trade. This is the third part of a four-part series where we’ll go over each of the 22 trades made this week, providing commentary and our own personal grades for each team’s involvement in each move. You can find part one here and part two here. Hope you enjoy! – Josh

Houston receives: Rights to swap 2021 2nd Round Pick with PHI

Josh: James Ennis has had to bounce around the league his entire career, and by fitting in quite well with Houston’s starting lineup this year as the de facto replacement for Trevor Ariza, he seemed to have finally found a home in the league. Not exactly. With Iman Shumpert joining the team and Danuel House expected to be converted to a full-time contract, he likely would have fallen down from first-string to third-string. Moving him isn’t necessarily great for Houston, but it had to happen.

Philadelphia gets exactly what they needed out of this deal. They gave up most of their role players throughout the year between the trades to get Jimmy Butler and Tobias Harris, and they desperately needed to add a versatile 3-and-D wing. They managed to do it for almost nothing. Philadelphia: A- Houston: B-

Mike: With the two blockbuster trades the 76ers have made this season, their bench has been depleted. Ennis is a nice role player who is solid on defense and shoots 37% from three this season. The 76ers need to add as many floor spacers on the cheap as possible and Ennis is a great start.

After the addition of Iman Shumpert, Ennis no longer has a clear cut role on the Rockets. By trading Ennis away without taking back any salary, the Rockets are almost under the luxury tax for the first time in years. In addition to getting under the luxury tax, it opens up a roster spot for the buy-out market. Philadelphia: A+ Houston: C+

J: The Milwaukee Bucks got Nikola Mirotic, and all they had to do was give up Thon Maker, who they wanted to get rid of anyways, and four second-round picks. Wait, that’s a lot of second-round picks. Mirotic is a wonderful fit with the team though, and it should prove to be worth it to bring in even more floor spacing than they already had surrounding Giannis Antetokounmpo. If it doesn’t, they can forget about it quickly since his contract’s expiring.

I believe New Orleans quietly made a very good move here. Stanley Johnson simultaneously slots into the weakest position in their lineup, adds even more great on-ball defense, and is so ineffective on offense that it will help the tank battle. They also get to begin stockpiling picks for a post-Anthony Davis world, two of which are extremely valuable second-rounders originally belonging to the catastrophe-struck Wizards.

The Pistons also manage to come out of this deal looking better, if only because they finally managed to move on from Johnson. His time in Detroit will not be looked back on fondly by many, and replacing him with Thon Maker should at least give them an alternative bench big man. Milwaukee: B+ New Orleans: B+ Detroit: B

M: This is a good move for the Bucks as they make their final push for the playoffs. Mirotic will give the Pelicans another floor-spacing big man, who is shooting 37% from three this season. Maker wanted to be traded and while Johnson has some upside, the Bucks have enough wings on the roster. Smith is a bench warmer and while four second-round picks is a lot to give up, getting back Mirotic was worth it.

The Pistons lack an athletic big man off the bench and, whenever Blake Griffin or Andre Drummond go the bench, the team struggles up front. Maker played well early in his career but fell out of favor over the last year. My only concern with this trade is, with Reggie Bullock and Johnson both traded, what do the Pistons have left at small forward?

Without a doubt, the Pelicans won this trade. Many expected them to get a late first round pick for Mirotic but they actually made out better. Four second-round picks, including the Wizards’ two unprotected picks, are more valuable than a single late first-round pick. Kicking the tires on Johnson, a former lottery pick, for half a season is a smart move. Plus Smith is a good locker room veteran, which this team needs. Milwaukee: B+ New Orleans: A+ Detroit: C+

J: I’m beginning to feel extremely sorry for Stauskas and Baldwin what have they done to deserve this? Their third trade in four days, before being immediately waived. In this deal, Houston manages to get under the luxury tax, and the only potentially impactful piece they had to give up was a (presumably late) second-round pick that wasn’t even theirs.

Indiana gets a free second-round pick out of this. Who would turn that down? Stauskas and Baldwin will play exactly as many games for the Pacers as Leunen will. 0. Indiana: B Houston: B+

M: For the third time in under a week, Stauskas and Baldwin got traded. Unfortunately for them, this time they will be waived after the trade is completed. For their trouble (and money) the Pacers will get a future second-round pick from the Rockets.

With this trade, the Rockets get under the luxury tax for the first time in a long time. With only 12 players on the roster, the Rockets will need to add two players in the coming days in order to get to the league minimum of 14. Expect the Rockets to be big players in the buy-out market. Indiana: A+ Houston: A+

J: Congratulations to Memphis on being the new employers of arguably the worst player in the NBA. You only gave up two decent role players to do it! Clearly, they think Bradley has something left in the tank. Or they think he’s so bad he’ll net them next year’s number one pick. I’m not really sure. Not just because of how poor Bradley has played, but also simply because this move makes absolutely zero sense even if he does return to normal.

The Clippers just got Green and Temple, two serviceable veterans on expiring contracts, in exchange for Avery freaking Bradley. They add even more money for potential free agent additions this summer and made yet another one of the deadline’s best moves. Memphis: D LA Clippers: A

M: Since Bradley signed a contract this offseason, his play has seriously fallen off. With the Tobias Harris trade, the Clippers aren’t likely to make the playoffs, so, instead, they try to clear even more cap space for next season. Both Temple and Green are free agents after the season, while Bradley has a partly guaranteed deal for next season.

The Grizzlies are rebuilding and the trades they made during the deadline makes that clear. Adding Bradley is all about his contract. Only $2 million of Bradley’s $12 million dollars is guaranteed for next season if he is waived before July 3rd. The Grizzlies will try to use Bradley’s partly guaranteed deal to swing a deal to acquire a draft pick. If a team wants to shed a $12 million dollar contract, they could add a pick and flip that player for Bradley, then the new team would waive Bradley and save $10 million dollars in cap space. Memphis: B LA Clippers: A+

J: Toronto is making a serious push to try to make their first NBA Finals appearance, and adding a top-five center in the league in exchange for three players they no longer regularly start is certainly not going to hurt their chances. Gasol is one of the best passing big men the league’s got, and for a team where that’s been an aspect of them that they haven’t been able to exploit, adding that makes them much harder to gameplan for. The only reason they don’t get a higher grade is that he’s 34 years old, and certain facets of his game are noticeably being affected by that fact. Is he enough to convince Kawhi Leonard to stay past this season? Masai Ujiri has to hope so.

There goes Memphis again, making another odd move. Right after trading for Avery Bradley in a move that you would think would be intended to beef up their defense, they complete a trade sending away their franchise’s most important player. And not, as you might expect, making the move in order to start a rebuild. If they did that, they would have taken the Hornets’ offer. At least there was a first-round pick in that package. Here they get an injury-prone downgrade at center (though I don’t think as much of a downgrade as is being espoused) on essentially as bad of a deal financially as Gasol was on, two backups, and a second-round pick. Maybe they think Valanciunas can up his value in time to do something major with his expiring contract next year, but their lack of direction, between trading for Bradley, trading away Gasol, and retaining Mike Conley, baffles me. Toronto: B- Memphis: D+

M: This is the perfect trade for the Raptors. They add a former all-star center, who will give the Raptors a big body defender to guard Joel Embiid in the playoffs while still being an impact player on offense. Gasol has a player option for next season that he is likely to pick up for about $26 million. To get Gasol without having to give up a first-round pick or any of their core young players is a steal and hopefully he is the last piece the Raptors need to get to the NBA Finals.

This trade makes no sense for the Grizzlies. Even if Gasol opts out of his contract this summer and leaves for nothing, at least you create cap flexibility. Instead, the Grizzlies will owe $26.3 million dollars to Valanciunas and Miles next season; assuming they both pick up their player options. Wright has a $3.6 million dollar qualifying offer this summer; will the Grizzlies pay him long term? In the end, the Grizzlies gave up the face of their franchise for a package of bad contracts and a second-round pick five years from now. Toronto: A+ Memphis: F