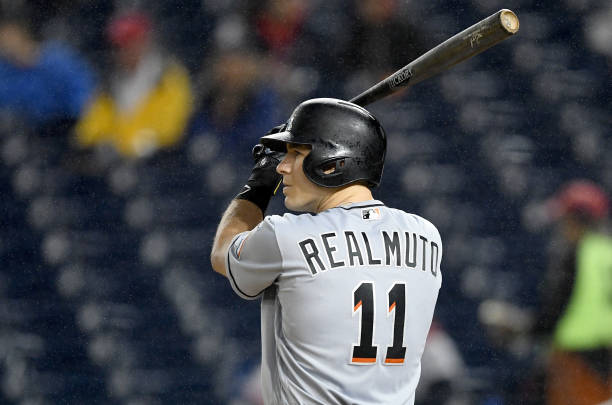 The Phillies have made it no secret they’re willing to spend money this offseason and make a push towards a championship. They’ve been one of the busier teams in the off-season, signing David Robertson and Andrew McCutchen, and trading for Jean Segura. In general, their counterparts in the NL East have been active as well: Mets traded for Robinson Cano while signing Jed Lowrie and Wilson Ramos, the Braves signed Josh Donaldson, Brian McCann and re-sign Nick Markakis, while the Nationals signed Patrick Corbin, Anibal Sanchez and re-signed Jeremy Hellickson.

The Phillies made another splash by trading for Marlins’ all-star catcher J.T. Realmuto. In return, the Marlins receive RHP Sixto Sanchez, LHP Will Stewart, catcher Jorge Alfaro, and $250,000 in international slot bonus money.

Realmuto is coming off his best offensive season by setting career highs in runs (74), home runs (21), RBI (74), and OPS (.825), helping him earn his first trip to the all-star game and silver slugger award.

Realmuto will earn a $5.9 million this year. He is arbitration eligible after this year and can become a free agent after the 2020 season.

It has been a very tremulous time in Philadelphia; since capturing a World Series title in 2008, they follow the year will second trip to the fall classic, except they came short with a loss to the Yankees, followed were two early exits in 2010 an 2011, after that they have never finished a season above .500 and a third-place finish. After going 80-82 this past season, the times seem right for them to make move and compete.

General Manager Matt Klentak wants to put it out there that the Phillies are ready to relevant again. There are two well known free agents still available, and Klentak wants to let them know they should consider Philadelphia.

“I think this is another acquisition for our club this offseason that demonstrates our commitment to winning.” Klentak continues “ I would hope that the demonstration would be appealing to potential free agents.”

Possible Phillies' lineup if they finish the Realmuto trade, and followed up later with the signing of Bryce Harper:
LF McCutchen
SS Segura
RF Harper
1B Hoskins
C Realmuto
CF Herrera
3B Franco
2B Hernandez

Stay tuned, looks like the Philly faithful may have something to put faith in.