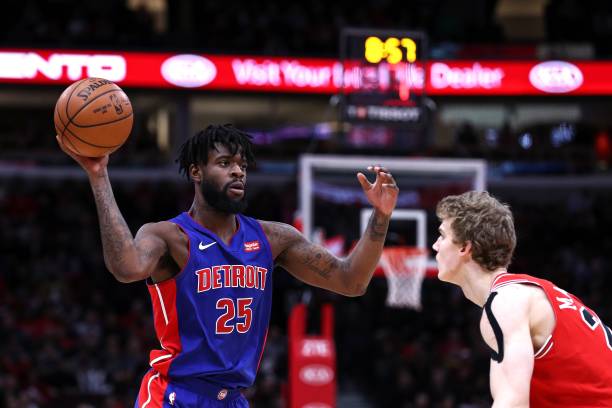 On Tuesday the Los Angeles Lakers agreed to trade rookie Svi Mykhailiuk and a 2021 second-round pick to the Detroit Pistons for Reggie Bullock.

LAKERS
This trade is a really solid move for the Lakers as Bullock will bring immediate help in the form of his three-point shooting. Bullock is shooting 38.8% from three-point range this season and is a career 40% three-point shooter.

Reggie Bullock should fit in seamlessly alongside LeBron James because of his sharp-shooting. Bullock will surely see cleaner looks from behind the arc with James playmaking as opposed to Reggie Jackson in Detroit.

Earlier this season Bullock set a career high in both points and made three’s in a game. He poured in seven three’s en route to 33 points at Minnesota back in December.

The Lakers are also getting an expiring contract in the form of Bullock as they look to free up more cap space going into the summer of 2019. Los Angeles could bring back Bullock next season as determined by his performance with the team going forward. Bullock is owed $2.5 million this season.

PISTONS
The Pistons received Svi Mykhailiuk as well as a future second-rounder from the Lakers. Mykhailiuk is averaging 3.3 points per contest on just 33.3% from the field and 31.8% from deep on limited minutes. In 39 appearances he has averaged 10 minutes of court time.

The Lakers had hoped Svi would be able to provide three-point shooting though that has not been the case. Although the Lakers shooting woes do not end with Mykhailiuk as they are shooting only 33.4% as a team from beyond the arc.