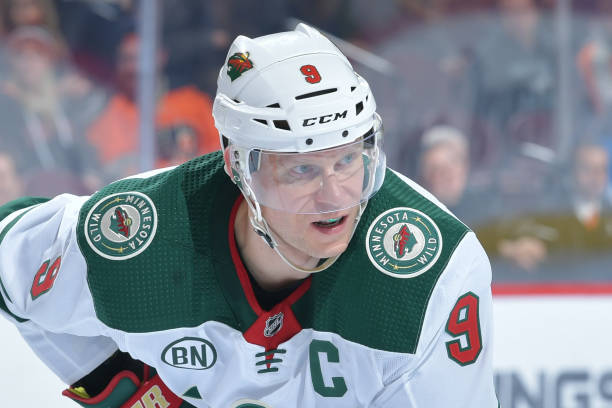 Some tough news has hit the Minnesota Wild today as the team announced that their captain Mikko Koivu will be out for the season with a torn ACL and meniscus. Koivu suffered the injury in the Wild’s shootout loss to the Buffalo Sabres last night. Koivu will have surgery on Friday. The Wild have also called up their 2015 first round pick Joel Eriksson Ek as a response.

Koivu was the sixth overall pick by the Wild in the 2001 NHL Entry Draft. Koivu is now the only player on the Wild that was in the organization when the team first came into the league. Koivu would make his Wild debut in the 2006-2007 season playing in 64 games and tallying 21 points with six goals and 15 assists. Before the 2009-2010 season, Koivu would be named the first permanent captain in the history of the Minnesota Wild, after using a captain rotation under their inaugural head coach Jacques Lemaire. His 2018-19 season will come to an end with 48 games played and 29 points, with eight goals and 21 assists. In Koivu’s career spanning 14 years, all of which with the Wild, he has played in 973 games, and has 688 points, with 201 goals and 487 assists.

This is a huge loss for the Wild on many levels. First and foremost, losing the captain of the team is hard to deal with for leadership in the locker room. But losing Koivu’s defensive skills is a huge loss for the Wild, especially at this point in the season. Koivu is always in the running for the Selke Trophy, awarded to the best defensive forward in the NHL, which means the Wild will most likely see different defensive roles for everyone on the team. This also could mean another trade could be on the way for the Wild to gain a rental center to replace Koivu. So far, the team has recalled center prospect Luke Kunin, as well as Eriksson Ek. With the Wild holding on to the top Wild Card spot in the Western Conference, and the Vancouver Canucks only three points behind them, they will need to come back from this loss quickly.