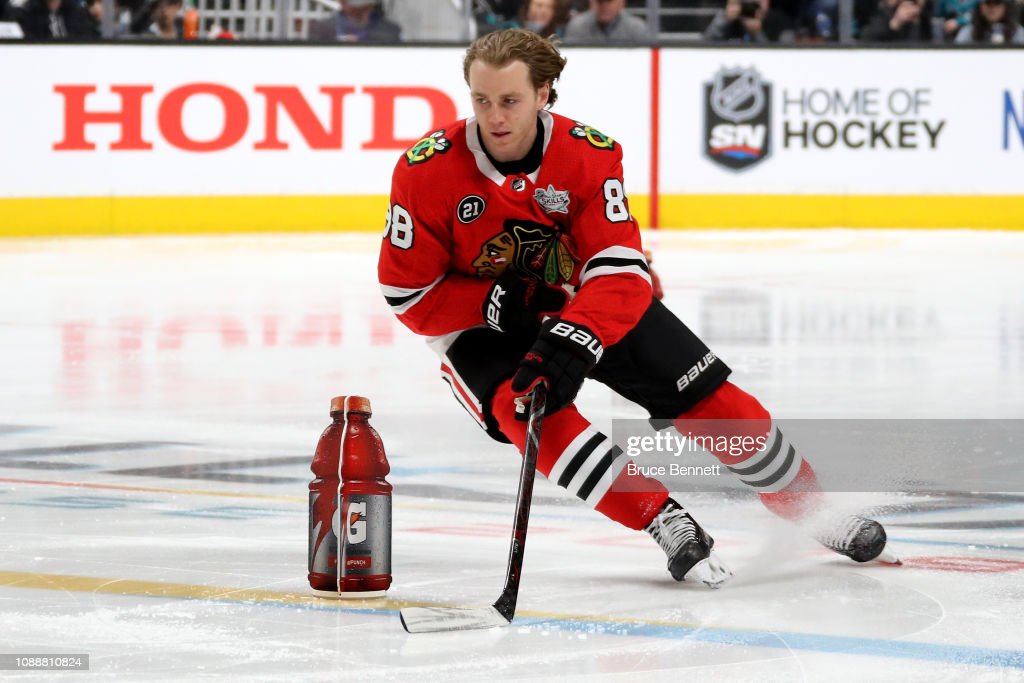 A maxed out NHL card for Tuesday evening brings us 12 games to choose from. Plenty of high event games to like, Golden Knights at Lightning, Sharks at Jets, Blue Jackets at Avalanche, Blackhawks at Oilers and Hurricanes at Penguins round out games with the most offensive upside.

Although this isn’t a Blackhawks squad that is anything close to the Stanley Cup winning teams of the not so distant past, this is a team that can score in bunches. They go into Edmonton winning four straight and are matched up against a struggling Oilers squad that hasn’t won a game in their last five. Patrick Kane is on an absolute tear of late and will lead the way in this one. He is crushing it over an 11 game point streak with nine goals and 17 assists for a staggering 26 points over that span. The Oilers rank towards the bottom of the league in goals against per game at 3.31 which sits them 25th.

As well as the Hawks have played of late they are still prone to giving up their fair share of goals. They have surrendered 13 goals during their four-game winning streak and are 30th overall for the season giving up a brutal 3.68 goals per game. Connor McDavid is obviously in play here as well but the salary savings steers me towards Draisaitl who has three more goals then McDavid over the last five games.

San Jose continues to rely on high-scoring games to get the job done this season and are led by offensive defensemen Brent Burns. Burns logs big-time minutes and gives you high shot totals each game. In his last five contests, Burns has a goal and four assists while logging over 26 minutes a game. He also has 12 blocks and a whopping 29 shots on goal.

Amid all the trade speculation and team struggles, Artemi Panarin continues to produce for the Jackets. Columbus draws the Colorado Avalanche who have lost three straight home contests yielding at least four goals in each defeat. Over his previous five games, Panarin has seven points.

Labanc is the current Shark player that is providing depth scoring and as of this writing listed to play the point on the first powerplay unit. Even if he doesn’t stay on the top powerplay unit(Erik Karlsson is to return to the lineup soon), Labanc is a nice value play, five points and 13 shots on goal over his last five games.

Bjorkstrand and Alex Wennberg will get a boost to their value as they will play with team-leading scorer Artemi Panarin on the second line in a plus matchup at Colorado. The Avalanche rank 24th in goals against per game allowing 3.26 per contest. Bjorkstrand has chipped in three goals over his last five games.

Newly acquired Nick Bjugstad should get a boost to his value as he will step in for injured star center Evgeni Malkin. Bjusgtad will center a line with Phil Kessel and Tanner Pearson. 14 shots on goal and three points over his last five games is decent production for the salary, the boost in minutes will only help in this contest.

It’s probably a good idea to get as much exposure as you can with Chicago playing Edmonton. Caggiula gets to play alongside two of the hottest players in the NHL in Jonathan Toews and Patrick Kane.