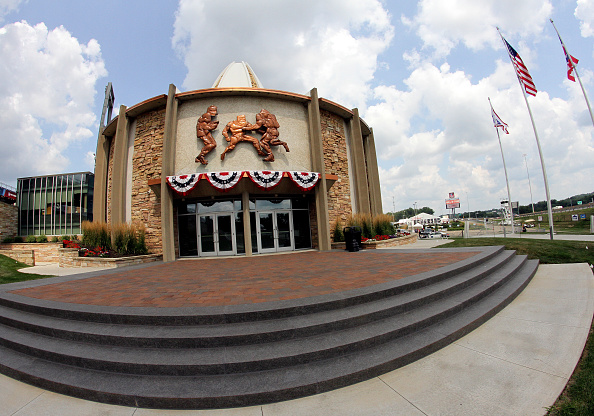 Tony Gonzalez was quite the player, he played for the Chiefs and Falcons and is the all-time leader in Receptions, Yards, and is second in TD Catches among TEs. He’s the greatest TE to ever lace up cleats in most peoples opinions. He’s tied for the most Pro Bowl Selections ever with 14. He was a no brainer when the original quarterfinalist group was announced

Ed Reed was a dominant Free Safety who played for the Ravens, Texans, and Jets. He has 64 career Interceptions which is top 10 all time, he was the 2004 DPOY and he was selected to the Pro Bowl nine times. He was a no brainer to begin with when the original quarterfinalists were announced.

Champ Bailey was one of the greatest players of his generation, he played for the Redskins and Broncos and recorded 52 interceptions and was selected to 12 Pro Bowls over his prolific and outstanding career. He was another no brainer when the quarterfinalist group was announced.

Ty Law was a questionable player when the quarterfinalist group was announced, he was one of the defining players on the Patriots defense during their hay day in the 2000s, and he is most remembered for intercepting now fellow HOF’er Kurt Warner in Super Bowl XXXVI and taking it to the house for a TD. He recorded 53 interceptions over his career, but what was questionable about his is the accolades aren’t there to call him a shoo-in, he was only a five-time Pro Bowler but he managed to overcome the lack of accolades to be inducted.

Johnny Robinson was a jack of all trades who played for the Dallas Texans and Kansas City Chiefs in the ’60s and ’70s. He played Safety primarily, but in his first 3 seasons he was a halfback, but he moved to Safety full time after the 1962 season. He recorded 57 interceptions and was a 7 time Pro Bowler. He was a long overdue inductee and he finally gets in now.

Kevin Mawae was a sturdy center who played for the Seahawks, Jets, and Titans over his 15-year career. He was an eight-time Pro Bowler and is the only OL to get inducted this year.

Pat Bowlen is the owner of the Broncos, and under his ownership, the Broncos have won 3 Super Bowls and have made the playoffs 17/35 seasons he has owned the team.

Gil Brandt was a former executive of player personnel for the Cowboys, and under his tutelage, the Cowboys won 2 Super Bowls.

Among the biggest snubs is Edgerrin James. He needs to get into the HOF there are zero reasons why he’s not a HOF’er. Issac Bruce was another snub who deserves to be in the HOF. Tom Flores was maybe the biggest omission, he was the first minority to coach an NFL team as a Hispanic American, and won 2 Super Bowls.

The NFL Award Show and the Award Winners

MVP and Offensive Player of the Year: Patrick Mahomes

Patrick Mahomes is the youngest MVP winner since Dan Marino, and deservingly so. He tossed 50 TD Passes en route to an AFC Championship Game loss to the Patriots. He’s the third player in NFL History to pass for 50 TD’s.

He managed to achieve 2000 Scrimmage Yards with an underachieving offensive line, being the first to achieve the mark as a rookie since Edgerrin James did it in 98′.

Coach of the Year: Matt Nagy

Bears HC Matt Nagy hauled in COTY after guiding the Bears from the basement to the penthouse suite in 2018. He led the Bears to a 12-4 season but they lost in the Wild Card to the Eagles.

Luck deserved this award and he got it. In his first year back as Colts starter he passed for 39 touchdowns and over 4500 yards and carried the Colts from the depths of irrelevancy to the light of the playoffs.

He played out of his mind this year, sacking the QB 20.5 times and he has established himself as the best player in the NFL perhaps. He was the definition of unstoppable.

Darius Leonard led the league in tackles with 163 and has established himself as a premier defensive force in the NFL. He beat out Derwin James who was thought to be the leading candidate.

Chris Long is a great role model, he led an effort to help provide clean water to African people and last year he donated all his game checks to charity. He’s the definition of a good-hearted human being. If only we had more people like him, people wouldn’t be forced to feel poverty.

As I expected and feared, Edgerrin James was snubbed from the HOF, and so was Tom Flores. Besides that everything went as expected. Hopefully, those two get another shot next year.