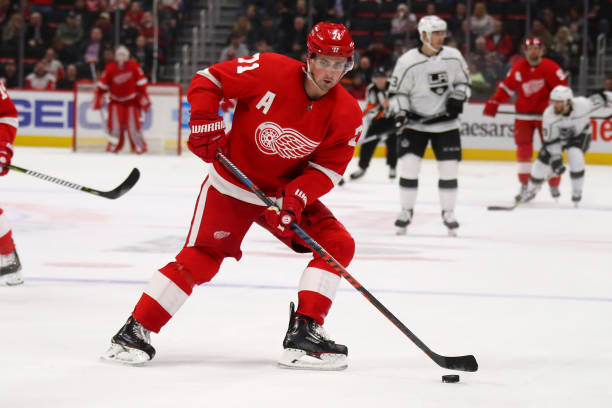 Dylan Larkin has four goals and an assist in his last five games and is picking up the slack lately. The Red Wings take on Ottawa who got torched for five goals by Pittsburgh last night. Larkin is relatively cheap too, so this play should work out well.

Logan Couture has five points in his last five games, three of them being goals. Arizona is a struggling team that is going on the road to face a San Jose team that is rocking and rolling, only six points behind the first place Calgary Flames. Couture and Pavelski have been meshing well this season and they should continue to roll through this game.

Rantanen has 74 points on the season and six in his last five games. He is scoring more lately with three goals in those five games. The Colorado first line is one of the most electrifying lines in the NHL to watch and they have played like it this season. Rantanen is a sparkplug for that line, and they will take on a middle of the road team in the Canucks who’s goaltending situation has been poor. I expect a big night from Colorado.

Arvidsson keeps finding himself in the “Core Four” list because he keeps coming through. He was on the “Core Four” last night and scored two goals in a big win over Florida. Arvidsson has done a great job since returning from injury and along with Filip Forsberg, has been a leader on this team. Arvidsson has five game-winning goals this year as well. This team has had it’s ups and downs this year but Arvidsson continues to show upside.

As I said, this line has been meshing very well with the people they have put together on this line. Brent Burns was moved to line two after Karlsson’s injury but he still has a huge impact on the powerplay unit. Timo Meier still has a very low price on both FanDuel and DraftKings and continues to nearly average a point per game. This is my favorite line of the night.

Andreas Athanasiou has had two great games, back-to-back. He has five assists in those games and continues to be a fantastic set-up guy for the Wings. Anthony Mantha has been up-and-down lately but does have three points in his last five games, two of them being goals. I already spoke of Larkin but he is easily the best player on that team right now. Gustav Nyquist has been playing very well with two goals and four assists in his last five games, but the Wings continue to struggle. Tonight is a good opportunity for them against a basement-dweller like Ottawa.

I already spoke of the sparkplug that is Mikko Rantanen, but Nathan MacKinnon is on the same level. He has 71 points on the season and five in his last five games. The Captain, Gabriel Landeskog, has been a little bit cold lately, but he is still a point-per-game player. J.T. Compher is a great value play as he is on the powerplay with all of these guys.

In Addition to the Core Four Skaters:

I couldn’t decide between Kane and Arvidsson so ultimately I went with Arvi until I saw that Alex Stalock was in goal. Kane is another must-play right now, as he is red hot. Kane has 15 points in his last five games, six of them being goals. He is on a whole other level right now. He is on one of the craziest hot streaks I’ve seen in a while. He has scored at least four points in three of his last five games. Play Kane.