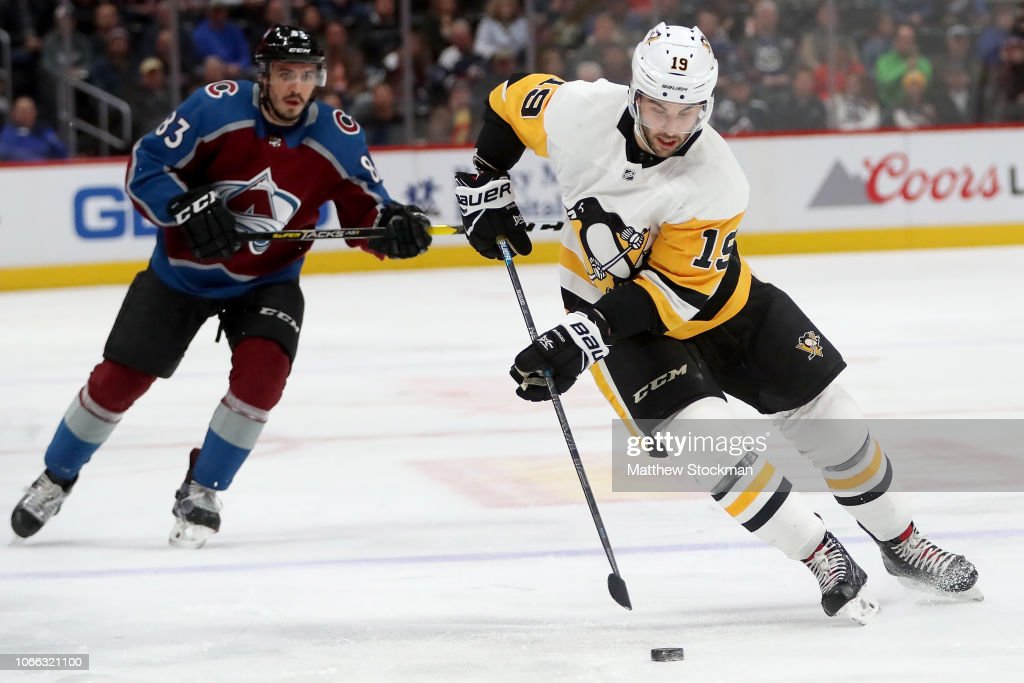 A Second blockbuster deal during the current season has been made. After Jake Muzzin was acquired by the Toronto Maple Leafs from the Los Angeles Kings, one of the biggest trade baits is off the charts too. Pittsburgh Penguins traded Derick Brassard and Riley Sheahan to the Florida Panthers for a couple of centers, Nick Bjugstad and Jared McCann, a couple of fourth-round draft picks and one second-round draft pick in 2019 NHL Draft.

TRADE ALERT: The Penguins have acquired forwards Nick Bjugstad and Jared McCann from the Florida Panthers in exchange for Derick Brassard and Riley Sheahan and three draft picks.

It definitely seems like a blockbuster deal for both sides. Derick Brassard was acquired by the Pittsburgh Penguins last season from the Ottawa Senators, but apparently, his tenure hasn’t worked out as expected. Riley Sheahan came to Pittsburgh from Detroit last season on a trade too.

Brassard has appeared in 40 games with Pittsburgh this season, recording nine goals and six assists for 15 points. Sheahan has played in 49 games with Pittsburgh this year, recording seven goals and two assists for nine points. Brassard is already 31-years old and Sheahan is 27-years old. Penguins General Manager Jim Rutherford surely chose to go younger with this trade.

With this trade, Pittsburgh tried to get younger and more versatile. Both Sheahan and Derick Brassard were about to become unrestricted free agents in the summer as they both carry a salary cap hit of $5,100,000 combined. Nick Bjugstad has two more years left on his contract beyond this season. His actual contract is worth $4,100,000 annually. McCann´s deal expires in 2020 and is worth $1,250,000 per season. McCann will be a restricted free agent afterward.

The Panthers have cleared up a lot of their salary cap space looking beyond the current campaign. As NHL Insiders agree, Florida is possibly looking to hit a market of unrestricted free agents in the offseason and will be looking at acquiring Artemi Panarin and goaltender Sergei Bobrovsky.

The Penguins needed immediate help and they received two very talented forwards, who are still young. Both McCann and Bjugstad have posted better numbers with the Panthers this season than Brassard and Sheahan with the Penguins. It is worth reminding that Pittsburgh already acquired forward Tanner Pearson from Los Angeles in exchange for Carl Hagelin. The Penguins currently own just a four-point lead over the ninth place in the Eastern Conference.

The Panthers are already working on moving Brassard elsewhere, though not sure anything’s imminent on that front right now. He will be moved again at some point before trade deadline.

As David Pagnotta from The Fourth Period stated, the Panthers might be looking at trading Brassard. It is not sure whether Brassard will get to play even a few games in Sunrise, but the Panthers may be looking for something bigger at this stage. As of now, nothing can be ruled out as the trades are expected to flow in huge numbers.