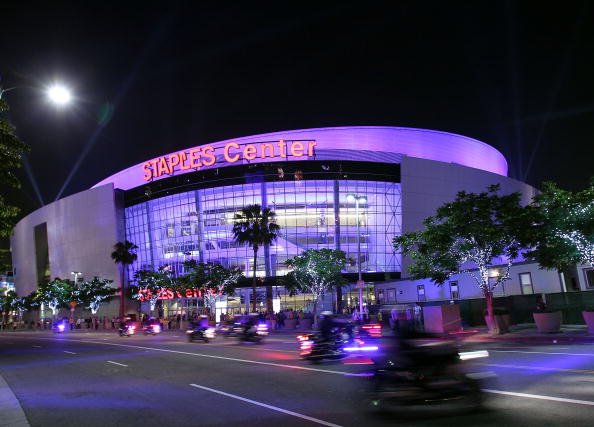 The Los Angeles Lakers had another gruesome week. They went 1-2 last week, the one win coming on Sunday against the Phoenix Suns. Good news and bad news for the Lakers. The good news was that Rajon Rondo returned to action; however, Kyle Kuzma did not play on Thursday or Sunday due to a hip injury.

The Lakers started off last week with a brutal loss to the Warriors, 130-111. Rajon Rondo, Lonzo Ball, and LeBron James, all did not play that game; Warriors cruised past the Lakers this game. However, next time they meet, the Lakers could be closer to full health.

On Thursday, the Lakers hosted the Minnesota Timberwolves and lost this game 120-105. Rajon Rondo played this game. Kyle Kuzma did not play and neither did LeBron or Lonzo. The Lakers had a sloppy 2nd half, allowing Andrew Wiggins and Karl-Anthony Towns to dictate the outcome of the game.

On Sunday, the Lakers hosted the Phoenix Suns, Kuzma, LeBron, and of course, Lonzo remained out for this game. The Lakers were able to win this game, 116-102. They got a much-needed win on Sunday and will look to build on that.

The Lakers will host the Philadelphia 76ers on Tuesday and will have the Battle of LA on Thursday, on Clippers court. On Saturday, they will be playing in Golden State against the Warriors. Rajon Rondo has been back for the past two games, posting an impressive stat line of 11.5 ppg, 5 rpg, 12 apg, 1 spg, 1 bpg. Although it’s just two games, Rondo did not even have a contact practice prior to his return.

On Tuesday, Lakers will host the Sixers. LeBron is ruled out for this game. I don’t think the Lakers will win simply because Joel Embiid is well-rested and will take over this game. Lakers will put up a fight, but in the 2nd half, they will likely collapse. Sixers should win this game.

On Saturday, the Lakers will travel to Oakland, to face off against the Golden State Warriors in primetime. Assuming LeBron plays and Kuzma does too, the Lakers will look to get there 2nd win in Oracle this season. I think it will be a close game coming down to how well the Lakers play on the defensive end. I think LA will be able to win this game.

Now, there have been talks about Anthony Davis requesting a trade and that he will not sign a contract extension. Pelicans said “to start” the Lakers would need to offer Lonzo Ball, Kyle Kuzma, Ivica Zubac, and first round draft picks. I’m assuming Ingram or Hart will be involved in this trade too at first but later, according to head coach Alvin Gentry, he spoke to Anthony Davis and Davis told him he plans on playing it out this season. So, if the Lakers can’t get Anthony Davis, they could go for Nikola Vucevic and Terrence Ross. They will need a shooter whether they get Davis or Vucevic or not, such as Carmelo Anthony, Terrence Ross, Trevor Ariza, or Wayne Ellington. As of right now, the Lakers need to focus on getting healthy and get back to winning games.